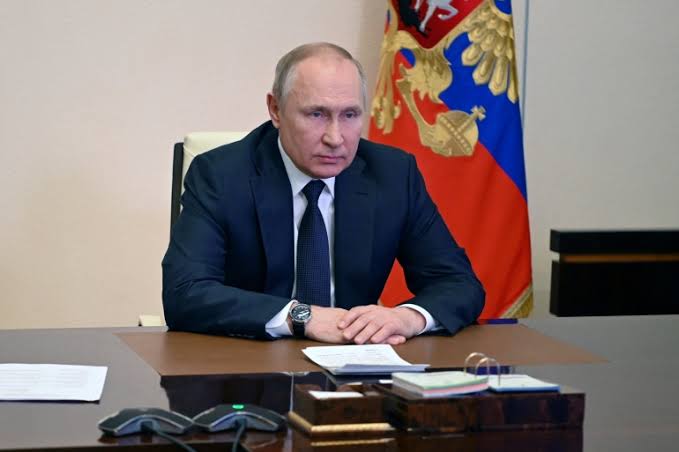 A growing number of international companies have continued to quit operations in Russia to register their protests over the invasion of Ukraine.

The companies, cutting across every area of operations, began pulling out and closing their operations in Russia over its invasion of Ukraine on February 24.

The first companies to announce the suspension of their operations in Russia included Apple, Disney and Ford, while Exxon announced it would quit its last Russian project, just Boeing said that it had suspended major operations in Moscow.

Other global energy players, including BP and Shell, have similarly moved to distance themselves, while entertainment studios like Disney and CNN’s parent company, WarnerMedia, have also stopped releasing films in the country.

Though Russian officials are insisting that Western companies were taking the decision to pull out of the country because of “political pressure,” countries around the world have continued to impose sanctions against Russia, with new measures from the European Union, United States, United Kingdom, Japan, Switzerland and Australia unveiled in the past days.

Here is a countdown of the latest major companies that have closed operations in Russia since the Ukrainian invasion.

Auto firms
Ford was one of the first companies to announce that it was suspending its operations in Russia. The American automaker which has a 50% stake in Ford Sollers, a joint venture that employs at least 4,000 people and is shared with Russian company Sollers, announced its decision to pull out of Russia on Tuesday, March 3rd.

Following Ford’s announcement, General Motors said on Friday, March 5, that it was halting all exports to the country “until further notice.”

Next came Toyota which announced same day that it would stop making cars in Russia, or importing them to the country “until further notice, due to supply chain disruptions.”

Volkswagen also released a statement that it was stopping the production of vehicles in Russia and will suspend exports to the Russian market, with immediate effect.

Aviation
Big players in the aviation industry also announced their pulling out of Russia with Boeing announcing that it would suspend support for Russian airlines.

A company spokesperson confirmed that it was pausing “parts, maintenance and technical support services for Russian airlines,” and had also “suspended major operations in Moscow and temporarily closed our office in Kyiv.

“As the conflict continues, our teams are focused on ensuring the safety of our teammates in the region,” the spokesman said.

Airbus followed Boeing with a similar move. In a statement, the planemaker said it has “suspended support services to Russian airlines, as well as the supply of spare parts to the country.”

Big Tech
In the tech world, Apple took the first step when it announced that it had stopped selling its products in Russia.

The company said in a statement that it was “deeply concerned” about the Russian invasion and in response, it said it was moving to limit access to digital services such as Apple Pay, inside Russia, and restricted the availability of Russian state media applications outside the country.

Facebook’s parent company Meta also announced that it would block access to Russian news outlets RT and Sputnik across the European Union.

Meta has also said it had applied algorithmic restrictions to Russian state media that should prevent it from surfacing as prominently in users’ feeds.

Twitter similarly announced plans to “reduce the visibility and amplification” of Russian state media content, while Tiktok and Netflix announced on Sunday that they were suspending their operations in Russia.

“Given the circumstances on the ground, we have decided to suspend our service in Russia,” a Netflix spokesperson said in the statement.

Other big players in the tech industry to close shop in Russia included Spotify, which said it had closed its office in Russia “indefinitely” and restricted shows “owned and operated by Russian state-affiliated media.” The streaming service also removed all content from RT and Sputnik in Europe and other regions.

Others are Roku, a company that sells hardware allowing users to stream content through the internet, has banned RT worldwide.

YouTube, which is owned by Google, also announced over the weekend it had blocked Russian state media within Ukraine, including RT.

Google and YouTube have also said they will no longer allow Russian state media outlets to run ads or monetize their content.

Energy
On Sunday, British Petroleum (BP) said it was planning to exit its 19.75% stake in Russia’s biggest oil company, Rosneft, and their joint ventures — amounting to one of the biggest foreign investments in Russia.

Shell has also pulled out of Russia, ditching its joint ventures with Gazprom, including its involvement with the moribund Nord Stream 2 natural gas pipeline.

Norwagian oil and gas giant, Equinor has also suspended its joint ventures with Rosneft in Russia, while Exxon is quitting its last Russian project.

By quitting this project, Exxon would end more than a quarter-century of continuing business presence in Russia.

TotalEnergies also condemned Russia’s actions and said it would no longer provide capital for new projects in the country after 2
25 years.

Finance
Mastercard and Visa were the first companies in the finance sector to announce the suspension of their businesses in Russia.

The companies said their cards would no longer be supported by Russian banks and any cards issued outside of Russia will not work within the country.

American Express also said in a statement on Sunday that globally issued American Express cards will no longer work in Russia, and cards issued in Russia won’t work outside the country. The company also said it is ending its business operations in Belarus.

Accounting firm KPMG International, on Sunday, also said that its Russia and Belarus firms will leave the KPMG network as a result of the invasion of Ukraine by Russia.

Disney is also suspending the release of its theatrical films in Russia, citing “the unprovoked invasion of Ukraine.”

Retail
H&M will pause all sales in Russia, it announced Wednesday.

The clothing giant’s stores in Ukraine are already closed due to safety concerns.

H&M Group, which operates a number of brands, had 168 stores in Russia as of last November, according to its website.

Ikea, the world’s largest furniture company, is also closing its 17 stores in Russia. The company said the conflict is having a “huge human impact” and “resulting in serious disruptions to supply chain and trading conditions.”

German sports company, Puma, on Monday, said it was suspending operations of all of its stores in Russia.

Shipping
Maersk and MSC Mediterranean Shipping Company are both halting cargo bookings with Russia, while MSC, a Swiss-owned container shipping line, said its own suspension started on Tuesday, and would include “all access areas, including Baltics, Black Sea and Far East Russia.”

Ukrainian peace negotiator executed over allegations of being a ‘double agent’