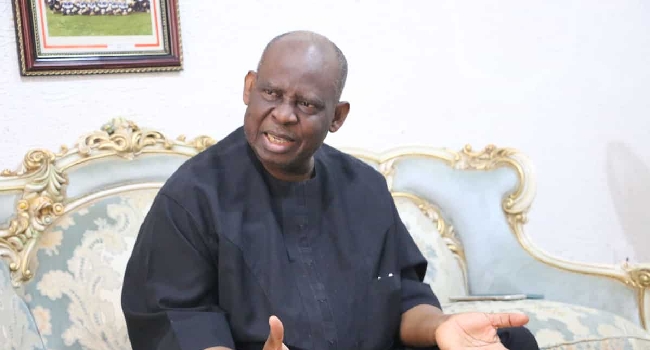 The contentious decision of the Peoples Democratic Party (PDP) to elect Atiku Abubakar, a Northerner, as its presidential candidate, has continued to create issures within the ranks ahead of the 2023 elections.

The latest stakeholder to tender his resignation over the party’s alleged refusal to adhere to its zoning principle is Prof A.B.C Nwosu.

Prof Nwosu, who is a member of the party’s Board of Trustees, tendered his resignation via a letter dated Thursday, January 12, and addressed to the BoT Chairman, Adolphus Wabara.

The letter revealed that Prof Nwosu’s resignation was hinged on conscience and the party’s refusal to obey its enshrined constitution on zoning.

It reads, “I hereby resign my membership of the Peoples Democratic Party and its Board of Trustees with effect from today THURSDAY 12th JANUARY 2023.

“This resignation for me is a matter of CONSCIENCE and PRINCIPLE because of the Party’s inability to adhere to the ROTATION provision in its (PDP) Constitution.

“The journey to rotational presidency between the North and South of Nigeria has been a long and arduous one and have been involved. Nigeria and the Peoples Democratic Party (PDP) must learn to keep to an agreement reached by a Constituent Assembly (1995); and enshrined in the Party’s (PDP) Constitution (1998).”

This is a further dent in the ambition of the party to regain power from the ruling All Progressives Congress after five governors within its ranks, who described themselves as the G5, broke ranks after Atiku’s emergence.

The G5 have called for the removal of the party’s National Chairman, Iyorchia Ayu, citing regional imbalance in the party’s structure.

However, Ayu has insisted that he won’t step down till the end of his four-year tenure, even as the G5 made his resignation a precondition to support Atiku’s 2023 presidential ambition.

Where is Emefiele? CBN releases first meetings schedule for 2023