Home » Business » More troubles for Air Peace boss; wanted in Canada, as EFCC moves in on him 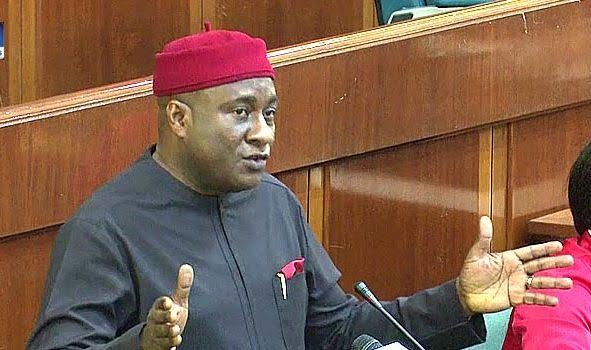 By Edirin Etaghene
The travails of the chairman and CEO of Air Peace, Allen Onyema over an alleged $20 million fraud in the United States seems far from over.
More authorities are getting involved in the case, as the Canadian authorities in line with an existing agreement with the US have set in motion, mechanisms to have the Nigerian businessman arrested.
This is even as Nigeria’s anti-corruption agency, the Economic and Financial Crimes Commission has reportedly set up a panel to investigate the financial activities of Onyema, based on his indictment by the US Justice Department.
Onyema was indicted alongside the international airline’s Chief of Administration and Finance, Ejiroghene Eghagha, by the US Department of Justice (DoJ) of “moving more than $20 million from Nigeria through some United States banks in a scheme involving false documents based on the purchase of airplanes.”

Eghagha, was also accused of bank fraud and committing aggravated identity theft in connection with the scheme.

Both men on Saturday denied the charges, and stated their resolve to prove their innocence in any court, even as they noted that all transactions to buy planes for the company passed through the Central Bank of Nigeria (CBN).
But Premium Times reports that the Canadian authorities have commenced efforts to execute a corresponding arrest warrant issued for Onyema over accusations of fraud in the United States.
The newspaper said it sighted court filings in the United States, of judges issuing warrants for the arrest of both men, which have American prosecutors sought to enable Canadian law enforcement authorities take the suspects into custody if sighted in their jurisdiction, based on a longstanding tradition on cross-border crimes, between both countries.
Separate reports also claimed that the EFCC had waded into the wire fraud and money laundering case by raising what sources referred to as a ”special panel” to investigate the matter shortly after receiving the charges against Onyema.

EFCC is said to be also investigating two Nigerian banks for allegedly facilitating the transfer of the money to the US and processing letters of credit to buy planes for Air Peace.

The probe, it was gathered, would cover the activities and inflows into the accounts of four non-governmental organisations (NGOs) /non-profit groups sponsored by Onyema.

They are Foundation for Ethnic Harmony, International Centre for Non-Violence and Peace Development, All-Time Peace Media Communications Limited and Every Child Limited.