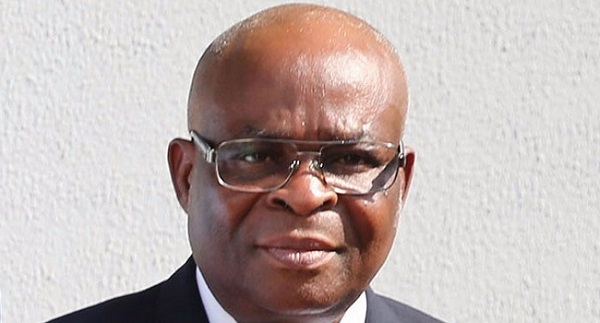 The travails of the immediate past Chief Justice of Nigeria (CJN) Walter Onnoghen, may not be over yet, as the Presidency has ordered the seizure of his international passport, preventing from traveling outside the country.

A source at the Nigerian Immigration service made the disclosure to Punch, adding that Onnoghen, his wife, Nkoyo and daughter were stopped from traveling to Ghana on November 1, 2019 and his passport seized.

The report stated, that: “On November 11, 2019, retired Honourable Chief Justice of Nigeria, Walter Onnoghen, was attempting to travel to Accra, Ghana. He was in company with his wife, Nkoyo, and daughter.

“His passport, with number A50445233, was flagged because Justice Onnoghen’s name was on the watch list. The passport is currently in custody of the NIS.”

According IMS source, the passport seized from Onnoghen was not a diplomatic passport but the ordinary green passport, adding that the directive to seize Onnoghen’s passport came from the Presidency.

“Justice Onnoghen will have to meet with the Presidency to know why his passport was seized. We are only following instructions,” the source said.

It would be recalled that Justice Onnoghen was suspended as CJN on the order of the Code of Conduct Tribunal (CCT) while he was on trial over charges bordering on false declaration of assets. He eventually resigned from office before his conviction by the tribunal.

Judiciary sources also say his entitlements have not been paid until now while his bank accounts have remained frozen.