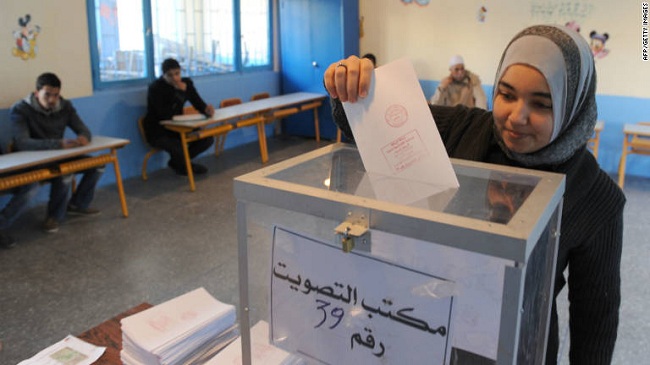 Nationwide legislative and regional elections have commenced in Morocco amid a widespread disillusionment with the political system and an economic crisis deepened by the coronavirus pandemic, state media in the North African country reports.

About 18 million people were expected to cast their ballots on Wednesday, the third time since a new constitution was introduced in 2011 in the wake of the February 20th Movement, the local version of the Arab Spring, but a quarter of the voters have not yet turned up.

An Al jezeera reporter, Bernard Smith, who has been giving situation report on the election from the capital Rabat, said though a few political reforms have materialised since the popular uprising, the turnout rate is expected to be as low as 35 percent.

“Polls opened here but we have seen only a trickle of people going through to vote. It is an indication really of the apathy that there seems to be over these elections,” Smith said.

A new constitution adopted in 2011 was supposed to move the country closer to a system of constitutional monarchy, but it did not alter the king’s central role. As a result, regardless of who holds elected office, major decisions come from the palace, including during the coronavirus crisis.

“Why should I vote? I do not expect voting to improve my situation because politicians care only about themselves,” a worker at a hotel in Rabat, who gave only his first name Khalid, said when asked why he has refused to go out to vote.

Voters will choose 395 deputies in the House of Representatives and 678 seats in regional councils under a new law that calculates the allocations of seats based on the number of registered voters, rather than the number of those who actually cast a ballot.

Such an electoral system could make it harder for the ruling PJD to remain in power. Though election polls are banned, analysts expect the PJD to lose ground to its more pro-establishment rivals, the National Rally of Independents (RNI) and Authenticity and Modernity (PAM) parties, which define themselves as social democrats.

Related Topics:electionsMorrocansnorth africa
Up Next