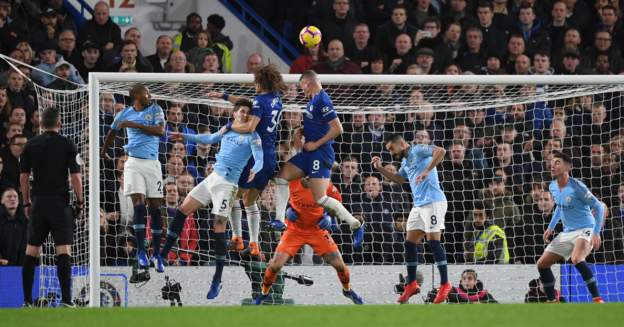 Nigerian winger, Victor Moses was absent in the matchday squad for Chelsea in their 2-0 win over Manchester City in a Premier League clash at Stamford Bridge on Saturday night.

The Blues handed the champions their first league defeat of the season with two goals in two halves.

With the result, Liverpool now top the Premier League after they thrashed Bournemouth 4-0 earlier on Saturday.

Man City had spurned a host of chances when N’Golo Kante slotted home an Eden Hazard assist high into the net to put the Blues in front at the stroke of half time.

David Luiz then rose highest to glance a Hazard’s corner inside the far post to make it 2-0 in the 78th minute and sealed the win.