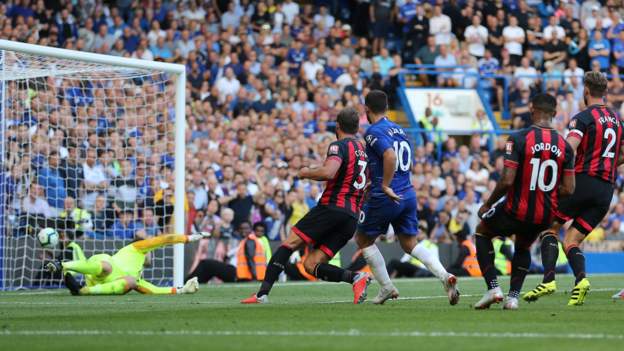 Nigerian winger, Victor Moses was missing in Chelsea squad as the Blues eased past Bournemouth in a Premier League encounter at Stamford Bridge on Saturday.

The 27-year old, who recently retired from international football in order to focus on his club career and family, is missing in the Blues matchday squad for the second time in a row.

Second half goals by Pedro and Eden Hazard sealed the 2-0 win for Chelsea, who are yet to lose a game in the four matches already played this season.

In another Premier League clash that took place concurrently, Super Eagles defender, Leon Balogun, was an unused substitute as his side Brighton came from behind to draw 2-2 against Fulham.

Glenn Murray scored two second half goals as Brighton fought back from Andre Schurrle and Aleksandar Mitrovic’s goals to draw with the visitors.

Balogun, who joined the club at the start of this season, has only made one start for his side and played as a substitute in another occasion.

Elsewhere, Everton drew 1-1 with Huddersfield while Southampton secured their first win of the season with a 2-0 victory over hosts Crystal Palace.