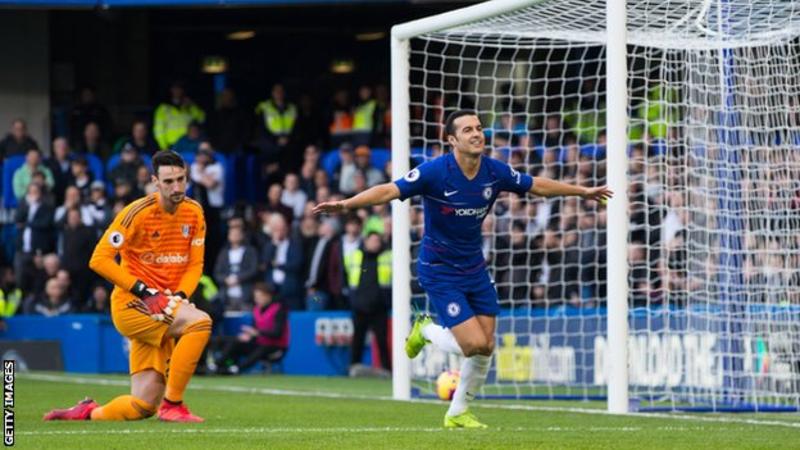 Nigerian winger, Victor Moses was missing in the Chelsea squad that held off a spirited Fulham side to claim a 2-0 victory at Stamford Bridge on Sunday afternoon.

Coming from a 3-1 defeat to Tottenham last weekend, and a 4-0 win over PAOK in the Europa League, the Blues successfully moved up to third in the Premier League with Sunday’s win.

Chelsea got ahead early in the game when Pedro slotted home from N’Golo Kante’s pass and they could have had more in the first half had Sergio Rico not twice denied Olivier Giroud.

The visitors threatened to find an equaliser in the second half as Chelsea struggled for fluency but all the chances were denied.

Nine minutes to time, substitute Ruben Loftus-Cheek sealed the victory when he fired past Rico after an intricate passing move with Eden Hazard and Pedro.

Defeat for Fulham means they stay bottom of the table, having claimed only one point from a possible 24 away from home this season.

The Maurizio Sarri side ended their unbeaten start to the season with the loss at Wembley, but their home unbeaten run continues.