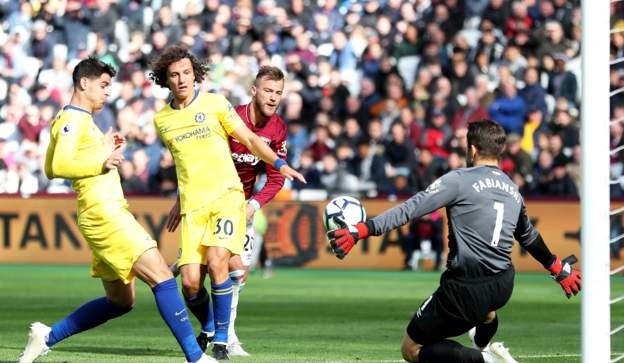 Nigerian winger, Victor Moses was named as a substitute in the matchday squad of Chelsea as the Blues were held to a goalless draw against West Ham on Sunday.

Moses, who has been missing in the team over the past four Premier League games, made the bench but was unused throughout the London derby.

The Maurizio Sarri side had 71% of possession at London Stadium, but were frustrated by their hosts, who held on to secure their fourth point of the season, to stay on 17th in the table.

West Ham had the best chance to win the game when Robert Snodgrass picked out an unmarked Andriy Yarmolenko on 78 minutes, but the Ukrainian sent his header wide.

Alvaro Morata also almost made an impact for Chelsea, but he was unable to steer the ball past Lukasz Fabianski from close range.

Chelsea remain 3rd on the table – behind Manchester City, who thrashed Cardiff City on Saturday, and Liverpool, who maintained their 100% start to the season with a win over Southampton on Saturday.