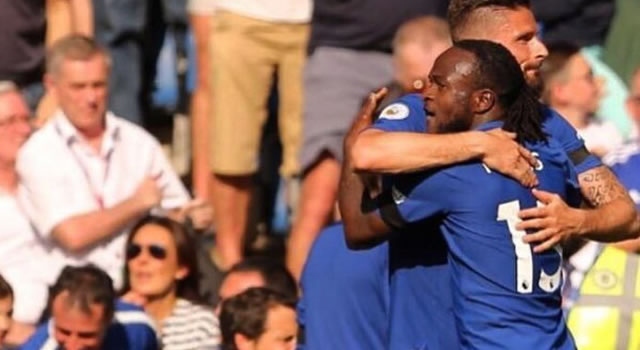 Following Chelsea’s 1-0 victory over Liverpool on Sunday, Super Eagles forward, Victor Moses, has hailed his teammates over the victory and is looking forward to their next game against Huddersfield.

The centre back was involved in the goal that made the difference. He fired in a fine cross from the right flank as Olivier Giroud lifts to head Chelsea ahead in the 32nd minute.

The Blues boosted their hopes of qualifying for next season’s Champions League with the victory over Jurgen Klopp’s side at Stamford Bridge.

Liverpool have only one game left (against Brighton at Anfield) while Chelsea and Spurs each have two, as the race for top four continues.