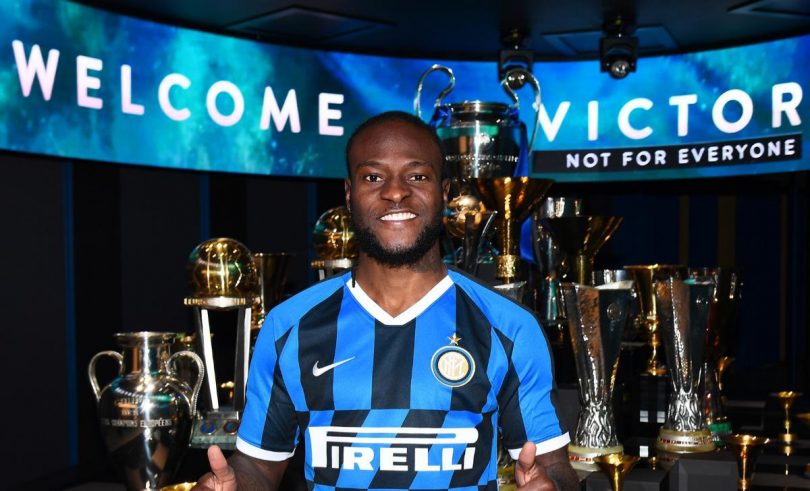 Former Nigeria international, Victor Moses has officially joined Serie A club, Inter Milan, on a loan deal that has the option of a permanent move.

The Nigerian winger spent the first half of the season at Turkish club Fenerbahce, having also been there on loan from Chelsea since 2018.

Moses is reunited with former Chelsea boss Antonio Conte, who he played a starring role for in the 2016-17 Premier League winning season.

As Conte builds his team, the Italian favourite right back, Moses, becomes the fourth player from the Premier League to arrive the Milan club after Romelu Lukaku, Alexis Sanchez (on loan) and Ashley Young.

Read Also: Moses in Milan for medical ahead reunion with Conte

Speaking after the signing, Moses admits he is happy to reunite with Conte, adding that he is ready to become a part of the club’s project.

“It is an honor for me to be here and be an Inter player. I thank everyone for the welcome, I can’t wait to start,” the 29-year-old told the club’s official website.

“Working again with the coach is an opportunity that makes me very happy.

”I spoke to him and he has already explained the Club’s project to me. I want to be part of it, I’m happy to be here. I will give my best, I want to help the team.

“There is so much quality here, I want to give my contribution on the field and have fun. These are the most important things,” he added.

Moses, who has been with Chelsea since 2012, is making his fifth loan move, following spells at Liverpool, Stoke, West Ham, Fenerbahce and Inter Milan.