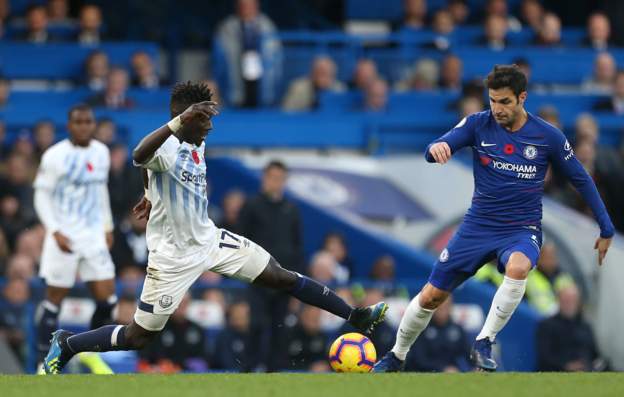 Nigerian winger, Victor Moses was not included in the matchday squad for Chelsea, who were held to a goalless draw by Everton at Stamford Bridge on Sunday.

The Blues missed the chance to return to the top of the Premier League, but maintained their unbeaten start to the season.

Maurizio Sarri’s side were made to wait until five minutes before the break for their first shot on target, as Marcos Alonso’s volley was denied by a smart Jordan Pickford save.

Read Also: Salah, Shaqiri fire Liverpool past Fulham, back to top of PL

Chelsea have gone 12 games unbeaten in the league, a feat they are achieving for only a second time in their history.

The draw means the Blues dropped from second spot in the league table to third, as Liverpool climb to second after win over Fulham earlier on Sunday.