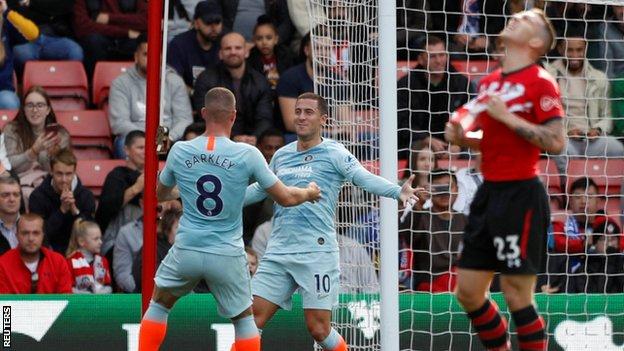 Nigerian winger, Victor Moses was not included in the matchday squad of Chelsea, who thrashed their hosts Southampton 3-0 in a Premier League clash on Sunday.

The retired Super Eagles star has made only two appearances in the league this season since the arrival of new boss, Maurizio Sarri.

The win means the Blues are yet to be beaten in all competitions this season.

Apart from two league draws against West Ham and Liverpool, they have won won all other games in the 11 matches they have played so far.

Eden Hazard opened the scoring for the Blues, who temporarily go top of the table, with Liverpool and Manchester City set to kick-off later on Sunday.

Defeat for Mark Hughes’ side means they remain in 16th, and their run without a win against the Premier League’s ‘big six’ is extended to 26 games.

Chelsea will take on Manchester United in their next Premier League clash after the international break.