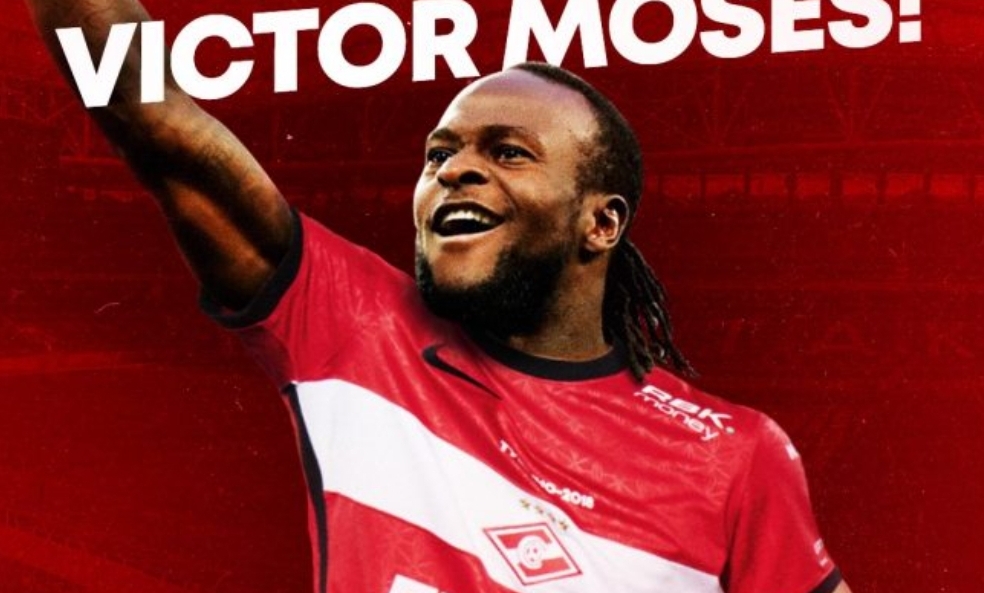 The 29-year-old, who joined the side earlier this month on loan from Chelsea, scored on his full debut as the club recorded a 3-1 away win against Krasnodar at the Stadion KF.

Spartak went ahead after Ezequiel Ponce scored in the 13th minute before Moses, who was set up by Ponce, doubled the advantage on 63 minutes.

Krasnodar attempted what could seem like a fightback when Leon Sabua reduced the deficit in the 58th minute.

But Jordan Larsson scored the third goal for Spartak Moscow nine minutes from time to seal the victory for the visitors.

Moses, who has now made two League appearances, did not play the entire game as he was replaced by Andrey Eschenko in the 83rd minute.