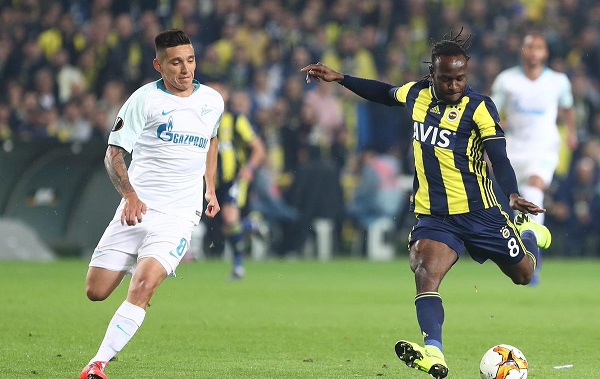 Nigerian winger, Victor Moses has expressed his excitement over his sides’ victory at the Europa League on Tuesday night, as they won 1-0 against Zenit Petersburg.

It was Moses’ first start with Fenerbahce since joining the Turkish side in a loan deal from Chelsea last month, and he was involved in the only goal of the game.

On-loan Leicester forward Slimani was the goalscorer, who struck in the 21st minute after being set up by Moses from a corner-kick

Following his arrival in Istanbul from Chelsea in January, Moses has featured thrice in the Turkish Super Lig as a second-half substitute and has a goal to his credit.

Fenerbahce will take on Konyaspor in a League encounter on Saturday by 5:p.m Nigeria time.

Meanwhile, the return leg of the Zenit tie takes place on February 21 – in Russia.