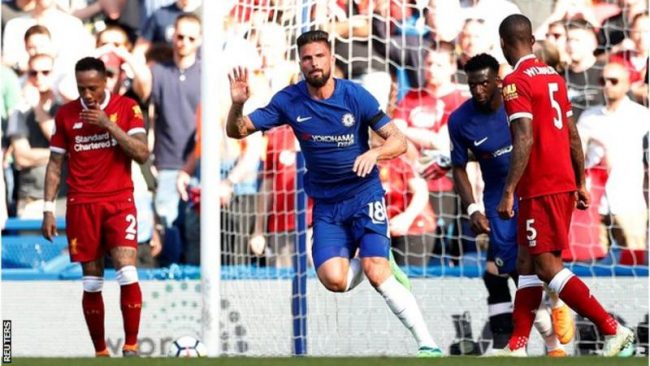 Super Eagles star, Victor Moses was in action as France striker, Olivier Giroud fired Chelsea past Liverpool to help boost the Blues’ hopes of qualifying for next season’s Champions League.

Moses, who was making his 24th English Premier League start for Chelsea this season, provided the cross that led to the goal.

The centre back fired in a fine cross from the right flank as Giroud lifts to head Chelsea ahead in the 32nd minute.

It was Moses’ fourth assist of the season, and the goal was Giroud’s third in the league since joining from Arsenal last January.

Chelsea now stand on 69 points, to within three points of third-placed Liverpool and two behind Tottenham Hotspur.

Liverpool have only one game left (against Brighton at Anfield) while Chelsea and Spurs each have two, as the race for top four continues.