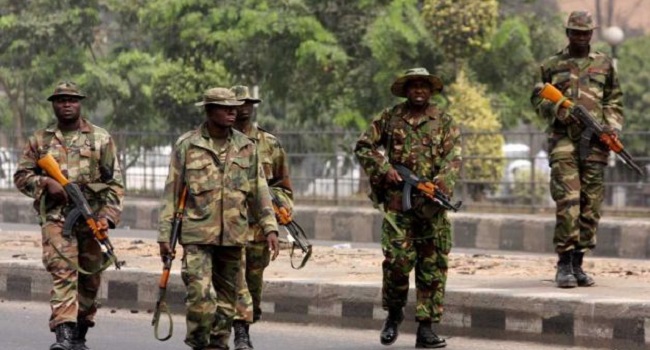 The Movement for the Survival of the Ogoni People, MOSOP, has condemned the alleged killing of a middle-aged man, Nen-elkpege Lezor, by soldiers.

Lezor was said to have killed when soldiers raided Kegbara Dere community in the Gokana local Government Area of Rivers State.

According to a statement by MOSO on Saturday, one Lenu Kpegazor, who was also hit by bullet during the raid on Friday, is currently in a hopeless condition.

MOSOP, in the statement signed by its acting Publicity Secretary, Sunny Zorvah added that though MOSOP was in support of government effort to fight crimes in Ogoniland, it would not tolerate unprovoked military onslaught and reckless killings in communities in the area or any other place.

The statement reads in part: “Galled by the latest report of shooting and killing in Kegbara Dere community, Gokana LGA, of Ogoni, allegedly by men of the Nigerian Army, MOSOP totally condemns such operation and calls on the security agencies to stop reckless killings in Ogoni communities.

“The natives stated that men of the Nigerian Army came in company of SPDC pipeline workers and started shooting without any explanation, resulting in the death of a young man and other casualties.

“MOSOP urges that security actions should be taken with respect of the rights of innocent citizens and that the military or any arm of the security agencies should act within the ambit of the law, especially, according to the rules of engagements.”