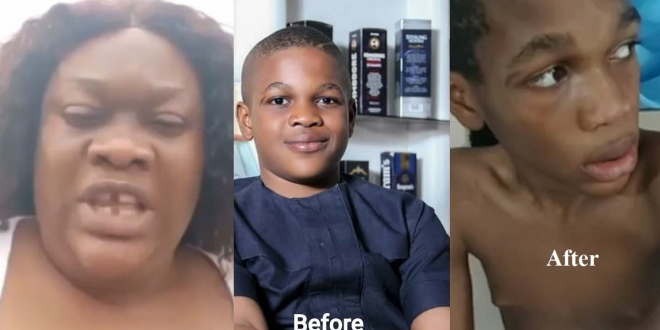 Deborah Okezie, the mother of Don Davis, the student of Deeper Life High School, Uyo, Akwa Ibom State, who was allegedly assaulted by senior students of the school, has accused a former presidential aide, Reno Omokri, and members of the church of threatening her life.

In a video posted on her Twitter handle on Thursday, Okezie said Omokri had called her several times and warned her to halt the case at the state’s Magistrate Court in Uyo.

He also allegedly directed the woman to apologize to the church on newspapers and television.

Okezie, who said her blood pressure has shot up in the last few weeks, added that she has been getting numerous calls from members of the church on the same matter.

She said: “My Blood Pressure is very high. Nigeria, the world at large, the threat is too much. Yesterday, before the court sat, I told the lawyer I wanted to see the Magistrate, but they said I could not.

”The threat is too much; someone sent me a message saying; how was the burial of your son? You are fighting a church, definitely you will bury your son. This thing is killing; we cannot say because matter is in court I will keep quiet and die inside. One Mr. Reno Omokri called me that I should go and apologize on national newspaper and TV.

“I don’t understand what I am apologizing for or who I am to beg. He said if I do not, anything I see I should take it. To me, that is a threat, my BP is high. Please, the matter is in court; they should allow the court to take its decision.