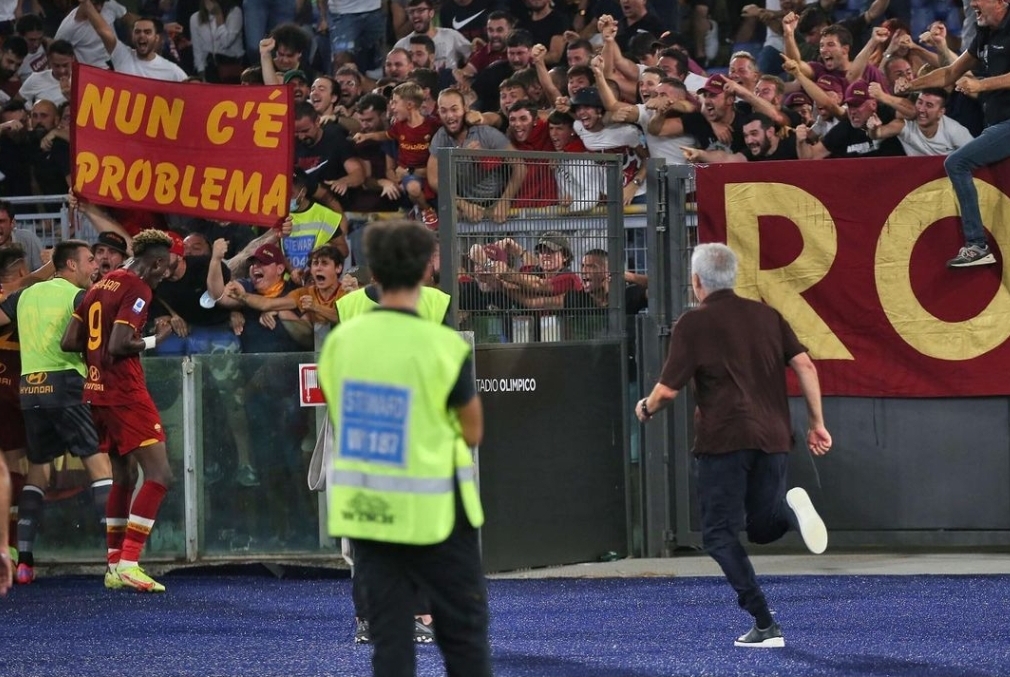 AS Roma manager, Jose Mourinho was in high spirit on Sunday after his club put up an effort to see off Sassuolo 2-1 in the Serie A.

The game was Mourinho’s 1000th game as a coach and it meant a lot to him as he celebrated across the pitch after the game.

The former Porto and Chelsea manager joined Roma as manager in May after leaving Tottenham Hotspur, and has won his five games since joining the Italian capital club.

“I wasn’t 58 years old, but 10 or 12 or 14, when you start dreaming about a career in football. Running like I did, I was running like a child,” said Mourinho after the win.

“During the week I was lying to people, telling everyone this wasn’t a special game – perhaps I was trying to convince myself as well,” he added.

“But actually it was – this game had a really special meaning for me. And I am sure I will remember it for the rest of my life, because my 1000th game as a coach was this one.

“I didn’t want to lose it, and I was very scared of having that be my lasting memory of the moment. So I was lying to everyone beforehand. It was a very special feeling.

“Perhaps God decided that I didn’t deserve to have a negative memory of this particular game.”

Mourinho, called the special one in many quarters, has won a lot of accolades as a manager, including two Champions League trophies, three Premier League titles, three La Liga titles, and two Scudettos.

Arteta salutes wife, family for standing by him during ‘difficult moment’ at Arsenal