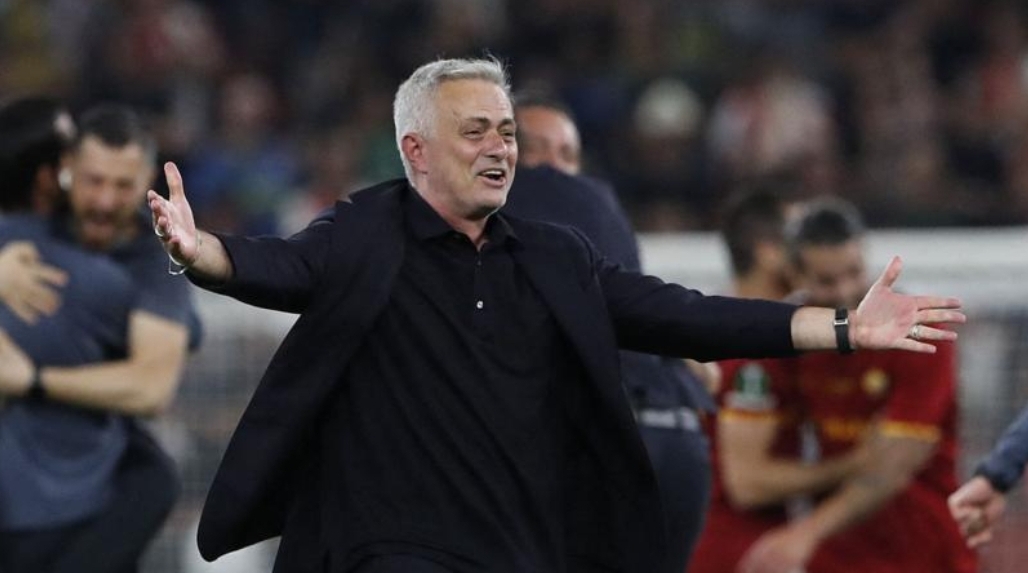 Jose Mourinho has made history as the first manager to win all UEFA’s major European trophies after leading AS Roma to clinch the inaugural Europa Conference League title.

The Italian Serie A giants on Wednesday won their first major European trophy by beating Feyenoord in the final played in Tirana.

The only goal of the game was scored by Nicolo Zaniolo who chested down Gianluca Mancini’s lofted pass before beating goalkeeper Justin Bijlow with a clever flick to seal the win on 32 minutes.

Mourinho has now won the Champions League (with Porto and Inter Milan), Europa League (with Manchester United), the Uefa Cup (Porto) and the Europa Conference League with Roma.

The former Chelsea and Manchester United manager had suffered an embarrassing 6-1 defeat to Bodo/Glimt in the group stage of the competition last October.

But his team went on to win the trophy, continuing the manager’s perfect record in European finals, having now overseen five wins in five finals.

Super Eagles forward, Cyriel Dessers was in action for Feyenoord as the Dutch side did all they could to level up but Roma held on to clinch the victory.

Salah to stay at Liverpool next season, Mane to decide future after Champions League final