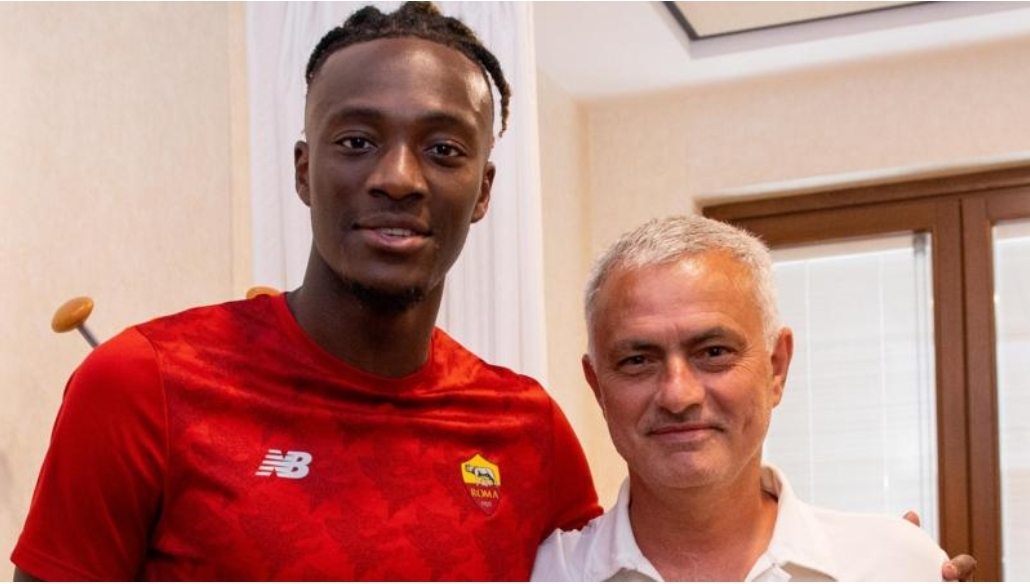 AS Roma manager, Jose Mourinho has tagged it ‘a real coup’ after former Chelsea forward, Tammy Abraham completed a move to the Serie A club.

Abraham, whose arival followed the departure of star forward Edin Dzeko, signed a five-year deal with the club after £34m was paid to bring him over.

The 23-year-old, who has won six England caps, scored 30 goals in 82 appearances for Chelsea, having joined them at the age of seven.

He was joint top scorer for the Blues last season, and he will be hoping to replicate same at the Italian giants as the Serie A season begins this weekend.

“In an incredibly difficult market and in a financial situation that is difficult for every, or more precisely, almost every club, having the willingness, the ambition, the respect for the fans and reacting in this way after losing Dzeko and bringing in Tammy Abraham was a real coup,” said Mourinho.

Read Also: Mourinho to replace Fonseca as Roma manager from next season

“He’s never played for me because he was a 14, 15 and 16-year-old boy when I was at Chelsea, but I know him very well. I know him as a player, a person and in terms of his mentality. I know how he made the decision to leave the Premier League, which is always tough for an English player.”

“He comes here with that ambition and we hope to see his best qualities as a player.”

Abraham’s contract, according to reports, includes a buy-back clause set at £68m, which cannot be triggered until he has completed two seasons with Roma.