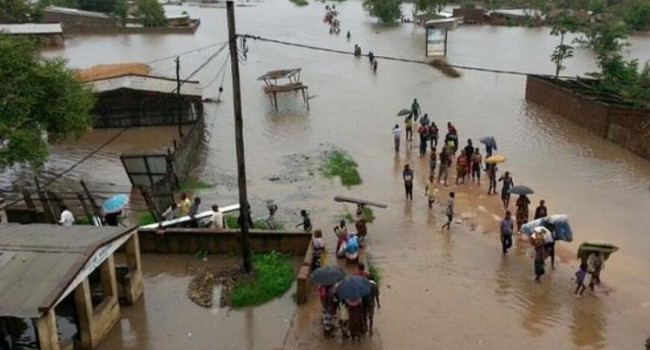 International organization, Save The Child has launched an appeal for funding to cater for survivors of the Cyclone disaster in Mozambique after it revealed its dwindling financial status.

This came after Cyclone Kenneth, made landfall on Thursday, moving to the eastern African nation and killing 38 people.

This occurred barely six weeks after Tropical Cyclone Idai spawned massive floods, killed 750 people and caused an estimated $1 billion worth of damage in the country.

Save the Children’s response team leader for both cyclones, Nicholas Finney in a statement on Monday revealed that several survivors were in a dire situation.

“Both cyclones have shattered families and destroyed livelihoods. The loss of life is devastating. Those who were already living on the brink of poverty have now been left with nothing. With donations dwindling, we’re facing a critical situation” he said.

According to CNN, UN agency assured to release $13 million to pay for food, shelter, health, water and sanitation assistance in Mozambique and Comoros.

Save the Children said the damage from the Kenneth is more “catastrophic” than expected and more resources are needed to save lives.

“The humanitarian needs in Mozambique in the wake of Cyclone Kenneth are significant and life-threatening, and we need donors to dig deep now, while we still have time to save lives,” Finney said.