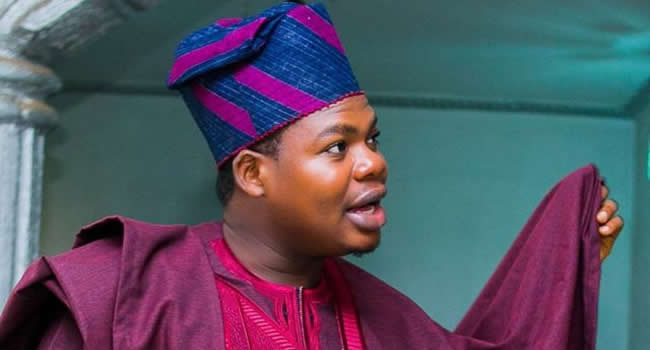 Nigerian skit maker and social media content creator, Mr Macaroni real name, Debo Adebayo has addressed producers in a thread where he reprimanded them for cruel treatment of budding actors.

He stated that it is ideal time for movie producers to treat new talents with respect and also pay them for contributing to a film production.

Mr Macaroni who went on a ranting spree on his Twitter platform on Monday night held nothing back as he condemned producers who take advantage of youngsters in the name of ‘paying dues’.

In his opening paragraph, he wrote;

“If you can’t pay upcoming Actors for their time and talent, please don’t disrespect them!
“That role you say you are giving them to help their career, if no one plays it, the production won’t be complete!
“Everyone deserves to be treated with respect and dignity.”

Read also: Mr Macaroni says Nigerians only despise nepotism when they don’t benefit from it

“It hurts when I go to some production sets and I see the way upcoming Talents are treated!
When I talk they will say I’m troublesome.
Some don’t even get paid at all.
Please don’t say it is part of ‘paying dues’.
We can do better!!
Na talent dem wan showcase. Dem no kill person.”

In the latter part of the thread, he admonished moviemakers to consider paying upcoming talents with money and necessarily exposure.

Please let us normalize paying upcoming talents and also treating them with respect.
Yes, your platform will give them exposure, but people must be paid for work done.
If we can ask the government to do better, we can also demand the same from ourselves.”

Everybody wants to pay Upcoming Artists, Actors, Writers, graphic designers, photographers, models etc.. with exposure.
Every time, ‘I will give you exposure’…
Time to Eat: Creative: Give me rice and meat.
Iya Risi: Wey Money?
Creative: I go pay with exposure.”

Related Topics:ActorsactressesMr Macaroni
Up Next