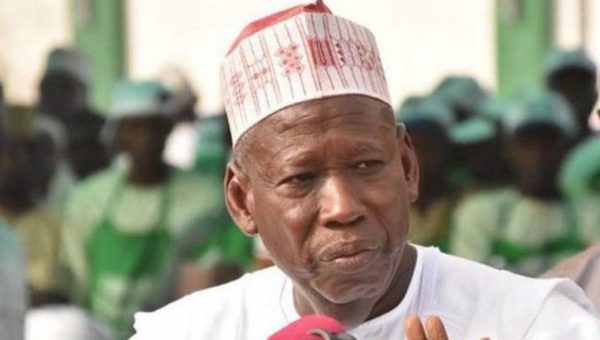 Media Rights Agenda (MRA) on Thursday called on the Kano State Government to discontinue its move to establish a committee to address alleged professional misconduct and abuse of privilege by media organizations in the state, describing it as an unwarranted and politically motivated effort to restrict media freedom.

In a statement issued in Lagos, MRA’s Programme Director, Mr. Ayode Longe, said the State Government’s initiative to regulate the conduct of the media and media professionals in the State violates regional and international norms and standards on media freedom and freedom of expression which are binding on Nigeria.

Kano State Commissioner for Information, Mr. Muhammad Garba, recently announced at a media briefing on the outcome of the State Executive Council meeting that the Council had approved the setting up of a committee to address professional misconduct and abuse of privileges in the State.

Opposing the State Executive Council’s approval, Mr. Longe drew the Government’s attention to Section 22 of the Constitution, which he stressed, affirms the freedom of the “press, radio, television and other agencies of the mass media” to uphold the responsibility and accountability of the Government to the people.

According to him, “It would be incongruous and clearly unacceptable for the Kano State Government to arrogate to itself the power, right or authority to oversee how the media perform this constitutional duty conferred on it by Section 22 of the Constitution and, in particular, to determine whether media professionals are misconducting themselves in this regard and abusing their privileges, assuming that any such privilege exists.”

Mr. Longe argued that “since the Government is frequently at the receiving end of critical reports in the media, even if its intentions are sincere and genuine, there is a high degree of likelihood that it will also be looking for ways of either controlling such critical media or hitting back at journalists or media establishments which have carried critical or unfavourable reports about it.”

He said MRA is not convinced that the Government’s intentions are sincere or genuine, particularly in the light of the widespread perception in the State that the move is motivated by a desire to punish media organizations which, in keeping with the best traditions of media freedom, independence and professionalism, have sought to provide diverse and pluralistic media content by also reporting the perspectives and positions of political opposition and other critical voices in the State.

Mr. Longe insisted that “A process such as the one embarked upon by the Kano State Government, presents an opportunity for the Government to exercise controls over independent and critical media. It puts journalists and media establishments, which are supposed to be holding the Government accountable to the people, at the mercy of the Government, and therefore, at risk. Equally important is the fact that it would put the important constitutional function of the media in jeopardy.”

He said: “It is also our view that the steps being taken by the Kano State Government constitute an unwarranted violation of Section 39 of the Constitution as well as the rights of journalists and the media in the State to receive and impart ideas and information without interference as even the existence of the committee will undoubtedly have a chilling effect on freedom of expression in the State.”

Calling on the Government to shelve its plans to set up a media regulatory body, Mr. Longe advised that where media organizations or media professionals can be shown to have breached established professional codes of ethics and standards for the media, or to have violated applicable laws the Government and other stakeholders should have recourse to existing laws and mechanisms in seeking redress and by so doing, strengthen those processes.

MURIC TO HANNAN BUHARI: Ignore the wailers. They are in the ‘bad belle’ camp