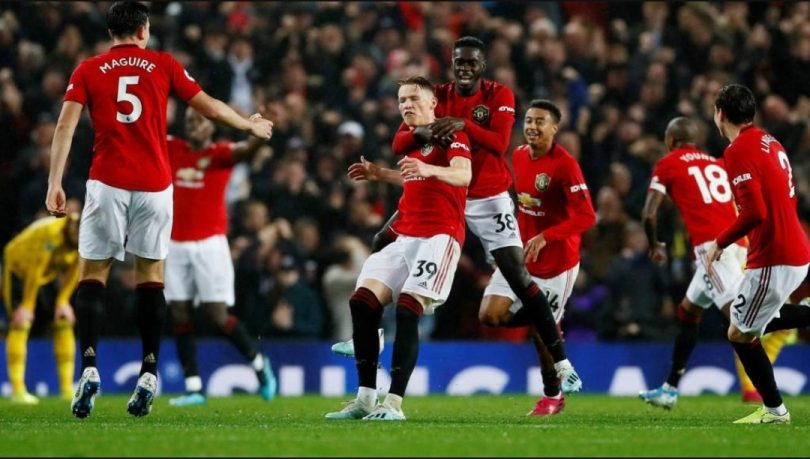 Manchester United were held to a 1-1 draw by Arsenal in a thrilling Premier League encounter at Old Trafford on Monday night.

After fruitless early exchanges, the hosts got ahead with a goal on the stroke of half-time when Scott McTominay turned in a fine 20-yards strike.

Arsenal battled for an equaliser and were successful when Pierre-Emerick Aubameyang’s goal was awarded by the Video Assistant referee (VAR) just before the hour mark.

The Gunners have not beaten Manchester United in their last 12 visits to Old Trafford, and Monday’s draw makes it 13.

Also with the draw, Arsenal climbed four places to 4th on the table while United climbed one place to 10th.