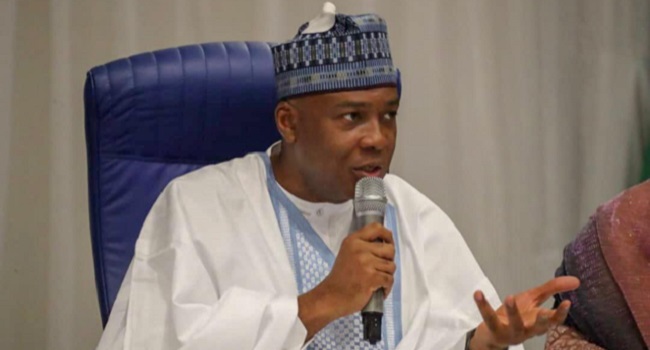 Former Senate President, Bukola Saraki has condemned in clear terms the beheading of over 40 farmers in Borno State by Boko Haram terrorists.

The former Governor of Kwara State in a series of tweets on Monday said that the incident calls for the assembling of experienced minds to restructure our national security system to better serve and protect all Nigerians.

Saraki also described the massacre of the rice farmers in Jere Local Government Area of Borno State by Boko Haram as tragic and despicable.

He wrote: “Saturday morning’s attack on farmers harvesting crops in Koshobe village and other rural communities in Jere LGA of Borno State is both as tragic, as it is utterly despicable.

“At this trying time, my prayers are with the affected families and the Borno State Government.

“Now more than ever, as patriots, we must isolate any partisanship or sentiments and bring together our best and most experienced minds to restructure our national security system to better serve and protect all Nigerians,” Saraki noted.

ECONOMY: We cannot borrow our way out of our situation —Obi