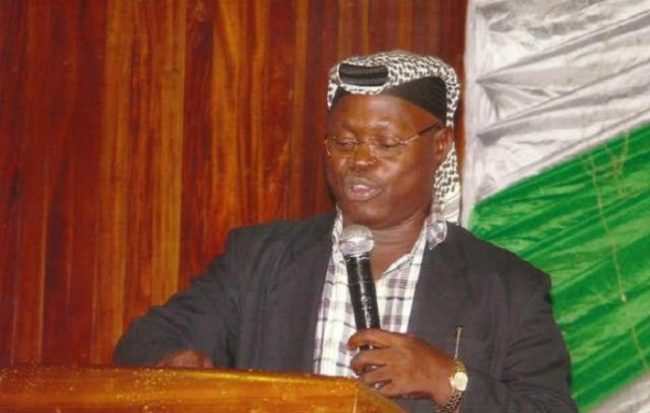 The Muslim Rights Concern (MURIC) has stated that no excuse should be made for the actions of bandits and kidnappers in the country.

According to the group, “Banditry has become a hydra-headed monster threatening to swallow up the social order. It must therefore be met with every necessary force to nip its threat in the bud.”

This was contained in a statement issued on Saturday by the MURIC Director, Ishaq Akintola.
The statement also criticised governors, saying they have neglected their responsibilities which had led to the increase in insecurity and banditry across the country.

>“MURIC calls on all bandits to surrender to the state governments wherever they are operating. There can be no talks or any form of negotiation with bandits before surrendering. State governments should monitor the situation thereafter for a period no less than twelve months. The authorities can only start considering how to engage them in some productive ventures if no violent attack is reported within the period,” Akintola said.

The governors must ensure that they spend their security vote on equipping their states’ security outfits in such a way that they can adequately and sufficiently meet the current security challenges, he also noted.

The statement reads, “Nothing can extenuate the crimes committed by bandits. We should not look for excuses for them. Rather we should educate the Nigerian public on the position of the Shariah regarding banditry.

“We should also let the bandits know the gravity of their crimes and the ‘kabiirah’ status of their sins,” he said.

Banditry is categorised as ‘hiraabah’ in Islam. ‘Hiraabah’ is a technical term in Shariah that means waging unprovoked war against the people. The Glorious Qur’an even ranked it as waging war against Allah and His messenger (i.e. Prophet Muhammad, peace be upon him).

“It says, ‘The punishment of those who wage war against Allah and His Messenger by spreading evil and committing atrocities in the land is either execution or crucifixion or cutting off their hands and legs from opposite sides or sending them into exile. That is their disgrace in this world and a heavy punishment awaits them in the Hereafter (Qur’an 5:33).

“Thus we see that the Qur’an does not treat banditry with kid gloves. Note should be taken of the promise of ‘heavy punishment’ for bandits even after death. It is for this reason that we are calling on all Islamic scholars in the country to boldly rise to the task and interpret the Shariah in a befitting manner”.

Related Topics:BanditsMURICNo mercy
Up Next