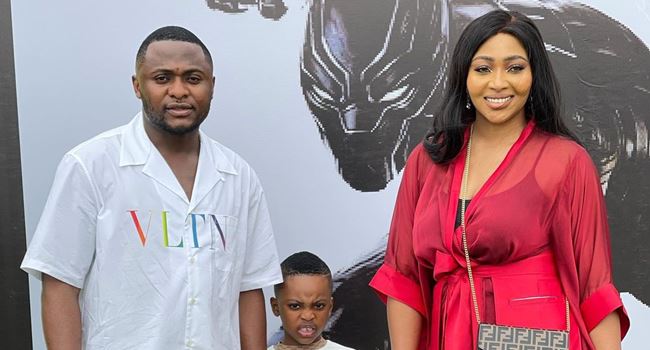 Nigerian music executive and politician, Ubi Franklin and his ex-wife, Lilian Esoro came together to celebrate their son, Jayden who clocked five on Sunday, July 18.

The former celebrity couple invited their acquaintances to celebrate their 5-year-old son despite recently finalizing their divorce.

Read also: “Celebrity marriages fail because most couples live their lives on the internet”- Patrick Doyle

Check out photos below.

The actress, Esoro and Franklin got married in November 2015 in an elaborate and flamboyant wedding.

A year after the marriage, the couple who have a son Jayden together, went their separate ways.

Their marriage was officially dissolved in 2021.

After Cubana’s ‘burial of the year’, youths bombard Edochie for help on money ritual