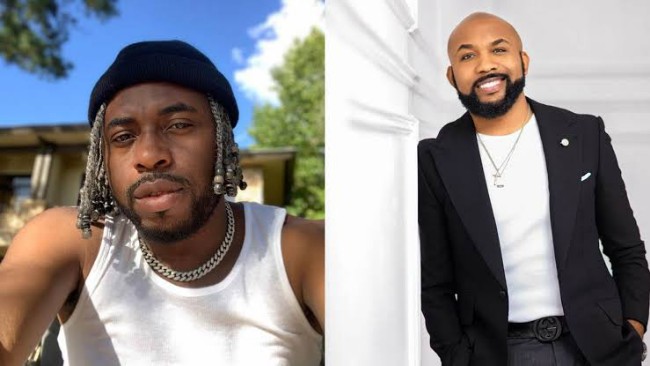 EME records label is owned by a rapper, Bankole Wellington aka Banky W.

Samklef, who featured in an Instagram live session, said Wizkid realised he was bigger than EME records after serving the label for almost six years.

He was reacting to Banky W allegation during an interview with Ebuka Obi-Uchendu on The BlackBox that the Afrobeat musician still owed EME three studio albums.

The self-acclaimed Star Boy released only two albums with the label before establishing Star Boy Records in 2014.

Wizkid has since released two more albums as an independent artiste.

He also described the rapper-turned politician as a wicked man hiding behind religion and politics.

“Why be say after people done do bad thing then go come start dey form Pastor?”

After the session, Samklef took to the microblogging site, Twitter and asked Banky W to pay royalties for his production on Wizkid’s Superstar project.

The music producer wrote: “Claiming all my 11 years royalties for WiZkid super star album in a bit. My lawyers will reach out. It’s 50/50. Anybody wey don collect my money better reach out o! Samkef fine were o! Make dem tag Banky o! My money go don plenty o! Before him go use am campaign for election.”

Listen to Samklef speak below: