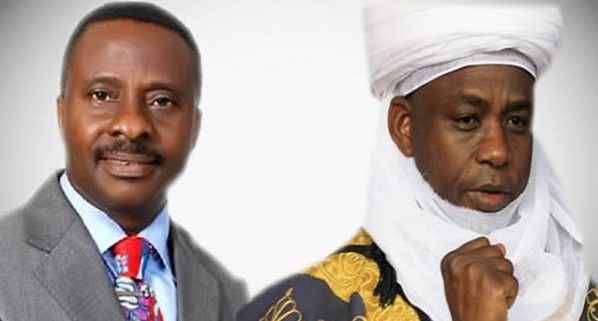 To any keen observer of political discourse in Nigeria, there is no question that Muslim and Christian fundamentalism have a chokehold on Nigeria. These twin God’s warriors tend to reduce every national issue to religion or ethnicity and they have a lot in common. The most chilling parallels between Christian and Islamic fundamentalists is that they play God with our lives by dividing us onto believers and unbelievers. In the process, they are deciding for themselves who is saved and who is damned.

Prior to the 2015 election in Nigeria, a person’s faith had little impact on the way they voted. That was reflected in the aborted 1992 election won by Chief Moshood Abiola and Babagana Kingibe, in a Muslim-Muslim ticket. Most recently, the election of Goodluck Jonathan by overwhelming votes from the predominantly Muslim north and Christian South was a testimony that religion was secondary to Nigerian electorate. But, make no mistake, there have always been those who believed religion should play a larger role in Nigerian politics.

The rise of Boko Haram in Northeastern Nigeria fueled by the desire to enthrone strict Sharia law changed everything in Nigeria. The Boko Haram fundamentalists who believe that Western education is a sin was contentiously out of step with rationalism. Though shrouded in ignorance, the operations of the sect were devastatingly effective in brainwashing young girls to carry out suicide bombing across northern Nigeria. They instilled fear, wreaked so much havoc and in the process exposed the incompetence of the administration of Goodluck Jonathan.

In response, the Wako “pastor” Reno and deluded psycho, FFK, ill-advised Goodluck Jonathan to play a national politics of religion in the run-up to the 2015 election. This they believe was an appropriate response to the sympathy APC and Buhari were receiving from the Muslim north in the wake of increasing attack by Boko Haram. Reno and FFK used Goodluck Jonathan to mobilize Christian fundamentalists that had stayed away from politics, believing that it distracted them from making money out of the poverty stricken population. This backfired, ultimately leading to the eventual downfall of Jonathan and PDP.

The present terrorist activities of killer herdsmen in Nigeria have led to the rise of Christian fundamentalists eager to confront, by any means possible, a mainly Muslim group they see as APC and Buhari’s army. So, we are witnessing Christian extremism that has found a new platform in Nigerian politics, unlike any other time in our history.

Now, both Christian and Muslim fundamentalists are encouraging their members to let a wave of intolerance wash over them. When challenged, they will let you know that, yes, hate is good and our goal is a Christian or Muslim nation. We are called by God, to conquer this country. We don’t want equal time. We don’t want pluralism

For Muslim extremists, commitment to Islam takes the form of jihad, understood as a holy war. However, this is a misrepresentation of its central tenets which is commitment to peace, respect and justice. For example, the ‘greater jihad’ is not a political struggle against the infidel, according to Prophet Mohammad, but an inner struggle: the struggle to become a better person through moral discipline and commitment to Islam.

On their part, Christian fundamentalist leaders are using their political machine and suspect means, including fear mongering and fake news to persuade ordinary believers to suspend existing teachings that condemn violence. Believers who are theologically informed and spiritually well-formed tend not to be susceptible to such arguments. Unfortunately, the majority ordinary believers are not always sufficiently grounded in the teachings and practices of Christianity to counter fundamentalists’ selective reading the Bible.

Christianity, like Islam contains such a variety of views and is open to such a range of interpretations that it could be used to justify almost any cause or action. What distinguishes religious fundamentalism, after all, is that it advances a novel interpretation of religious teachings and then claims for its unquestionable authority. These fundamentalists quote biblical and Qur’anic passages (without qualification) to support their extremist ideology.

Rather than seek a “brotherhood of man,” religious fundamentalism longs for a tribal community. While radical Muslims identify Christian as the forces of evil, Christian fundamentalists, on the other hand, see Islam as the ultimate enemy. The horrifying implication is that both sides deploy their God’s armies to destroy the fabrics that held us together. These fundamentalists are surely killing Nigeria and Nigerians in slow motion.

The resistance to any form of resolution of the farmers-herdsmen crisis in the Middle Belt in recent months by the Christian fundamentalist and the brutal killing of farmers perpetuated by Muslim fundamentalist represented by killer herdsmen is a disquieting reality that pseudo-religious fundamentalists have penetrated anarchy on the national consciousness.

Even when I admit that everyone should have a voice in a democracy, demonizing and oppressing other groups with whom we disagree with to get what we want, however, is not godly; it’s certainly not Christian and not Muslim. So, is there any way to confront and deal effectively with religious extremism and assure a positive future for Nigerians? That is the question.

To free ourselves from the religious chokehold, therefore, Nigerians must recognize, and rise against the powerful political machine of the fundamentalist. I hope that Nigerians will develop a deeper awareness of why our country is in its current predicament, and more importantly, where it may be headed if these fundamentalists are not confronted and tamed.

We should all resolve to confront religious fundamentalism primarily because it is one of the most destructive forces in a multicultural Nigeria. The views of these fundamentalists, Christian, and Muslim alike, do not deserve our respect, but rather, calls for our strongest condemnation. Obasanjo and Babangida do not have the balls to talk about how Muslim and Christian Fundamentalists are destroying Nigeria in their “love letter” to Buhari. Rather, they were just beating around the bush.

The truth is that (Muslim + Christian) fundamentalists in Nigeria = the dangerously combustible and sinking nation we are all witnessing. To save ourselves from implosion, we should all rise up, as one, and demonstrate that Nigeria is too beautiful for hate.