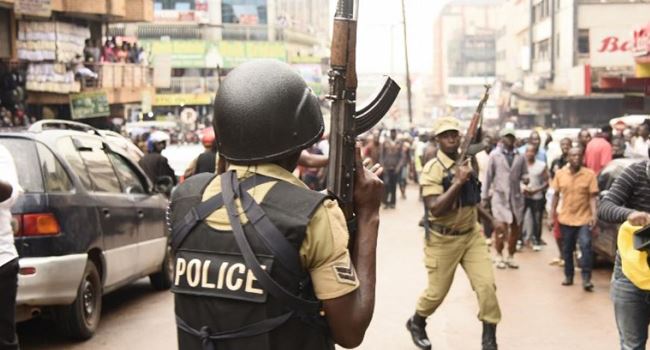 The Ugandan Police has confirmed that a popular Muslim cleric, Sheikh Muhammad Kirevu, has been killed in Masajja, Kampala, in the aftermath of the twin bomb blasts that rocked the capital city last Tuesday.

Addressing a press conference on the development on Friday at the police headquarters in Naguru, the country’s police spokesman, Fred Enanga, said Kirevu was killed as he tried to resist arrest.

Enanga said a joint security team had gone to arrest Kirevu after it received credible information that he (Kirevu), was recruiting people to join the Allied Democratic Forces (ADF), a rebel movement based in the Democratic Republic of Congo, which had been accused of being behind the recent spate of bombings in Kampala.

Enanga said some of the 21 suspects so far arrested in relation to the twin bombings that exploded in Kampala, had confessed that it was Kirevu who was in charge of the Ntoroko cell of the ADF, and coordinated recruitment in Uganda and the DRC.

Enanga added that when the security team went to arrest the cleric based on the information they had gathered about him, he attempted to resist arrest, forcing the security to open fire on him.

He said although it was not their policy to shoot and kill suspects, the public must understand that “security was dealing with dangerous criminals who are not afraid of dying.”

Biden declared ‘healthy’ and ‘vigorous’ after medical check up