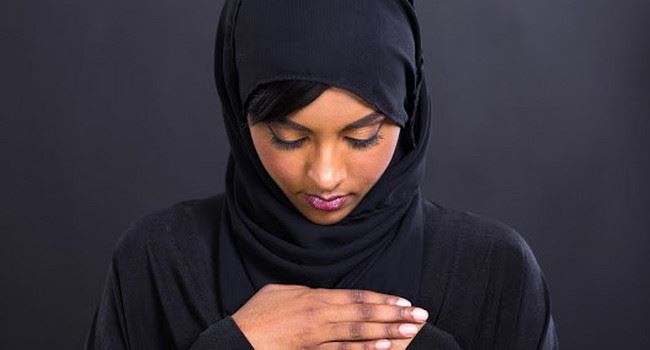 Muslims in the Southwest geopolitical zone have called for the establishment of Sharia courts in states in the zone for the benefits of Muslims, which they say are in the majority in the zone.

The call was made in a communique issued at the end of the 4th General Meeting of the Muslim Ummah of South West Nigeria (MUSWEN) the held in Ibadan, the Oyo State capital on Sunday.

It was signed by the duo of Alhaji Ishaq Kunle Sanni and Prof. Wole Abbas.

They maintained that the Shari’ah Courts when established would replace Shari‘ah panels being operated presently by Muslim organisations in the region.

The organisation also insisted that institution of Hijab was sacrosanct in Islam and could not be compromised for Muslim girls and women in any part of the country, frowning at what it termed a political lopsidedness against Muslims in the South-west and at the federal level.

The communiqué read in part: “That Shari‘ah Courts should be established by governments in the South-western Nigeria in catering for the yearnings of Muslims who are in the majority to replace Shari‘ah Panels being operated presently by Muslim organisations. To ensure proper administration of justice, MUSWEN advocates urgent judicial reform, taking a cue from the principle of Islamic Judicial System.

“That there have been some modest improvements in the state of the nation under the present administration. That the federal government should intensify efforts to diversify the economy of the nation. That Muslims in the country should go about demanding for their rights in accordance with the law.

“That institution of Hijab is sacrosanct in Islam and cannot be compromised for Muslim girls and women in any part of the country. That MUSWEN acknowledges the harmonious activities of the indefatigable President-General of the Nigerian Supreme Council for Islamic Affairs (NSCIA) and Sultan of Sokoto, His Eminence, Dr. Muhammad Sa’ad Abubakar CFR, mni and urges all Muslim Organisations in the South-west to cooperate with him in his efforts at piloting the affairs of Nigerian Muslim Ummah.

“That MUSWEN should champion the provision of qualitative education to teeming Muslim youths in order to reduce poverty and other acts of insecurity in the country.

“That the Ummah mourned the exit of its immediate past President, Dr. Sakariyau Babalola, and prayed Allah to forgive his shortcomings and repose his soul in eternal bliss, Aamin. The Ummah also appreciates its outgoing pioneer Executive Secretary, Prof. Dawud Noibi (OBE) who delivered a valedictory speech, for piloting the affairs of MUSWEN since inception to its current state.

“That material wealth should not be the criterion of eligibility for political office. That the Ummah frowns at political lopsidedness against the Muslims in the South-west and at the federal level. That Muslims in all political positions regardless of their party affiliation should unite to support matters relating to Islam as well as of national interest.

“That MUSWEN further reiterates its commitment to Hijab struggle not only in the South-west but throughout the country as provided for, under freedom of religion in the constitution of the Federal Republic of Nigeria. That the issue of Hijab controversy at the International School, University of Ibadan should be legitimately pursued and that the Ummah should do so within the ambits of the law.

“That the death of MUSWEN’s immediate past President, Dr. S. O. Babalola calls for the appointment of a new President and other principal officers. The General Assembly gave the task to the Central Working Committee (CWC) to make recommendations to fill the vacant positions within six months.”