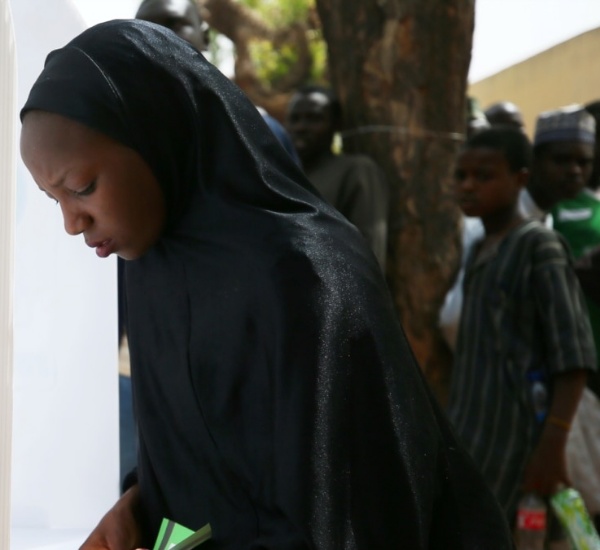 The National Legal Adviser of the Muslim Students Society of Nigeria, Barrister Nurudeen Ibrahim, has requested the Kwara State government to adequately compensate the family of victim who was killed in the mahyem.

Ripples Nigeria had reported that a victim identified as Idris Habeeb was shot dead during the violence that erupted at Oyun Baptist High School, Ijagbo, Kwara State, on February, 4, 2022 over the use of hijab by the female students of the school.

He made this call in a video clip published on the Facebook page of Maxone Media today.

He said: “The issue of hijab is calling for concern.l which ought not to be, because the issue has been settled after how many years of legal battle. The Court of Appeal has interpreted section 38 of the Constitution of the Federal Republic of Nigeria and handed down an overwhelming judgement that says wearing of hijab is a constitutional right of a every female Muslim student.

READ ALSO: Kwara CAN blames state govt for hijab crisis that led to death of parent

Speaking on the incident, Barrister Nurudeen condemned the killing of Idris Habeeb as unjust and demanded that adequate steps be taken to bring perpetrators to justice.

“Brothee Idris Habeeb was killed by thugs hired by CAN in the state in the presence of the police and Civil Defense Officers. It is an act that must be condemned globally because it is open, daylight robbery and act of terrorism against Muslims and Islam. Unfortunately, the act was perpetrated by an acclaimed religion body”, he noted.

He therefore called on the state government to be swift in its actions to stop possible violence, urging the government “to weigh in as a matter of urgency with full force.”

While stressing the need for the government to rename and retain all the missionary schools in the state, the Barrister demanded justice for the deceased.

“We call on the government to change the names of all these schools, including Muslim ones, so that we can leave the issue to rest. Finally, we urge government to unbiasedly deal with those involved in the act.”

“The family of Habeeb that was unjustly killed by a terror attack should be adequately compensated without wasting time. This will show that the government is having concern for its citizenry”, he added.

Related Topics:HijabMuslim students
Up Next