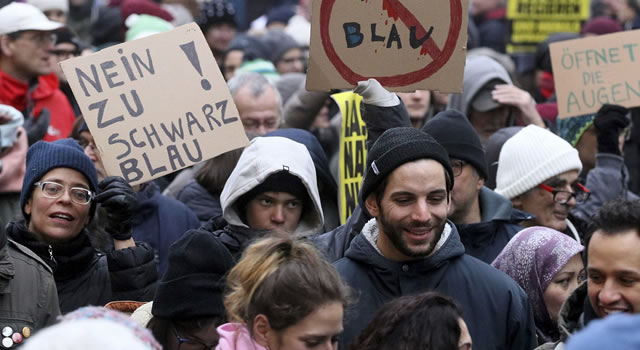 Plans by the Austrian government to shut down seven mosques and expel Turkish-funded imams have been criticised by Muslims in the country.

According to Ibrahim Olgun president of IGGiOe group, Vienna wants to “discredit the religious community”.

The policy was not “appropriate to control political Islam” and “will lead ultimately to a weakening of structures within the Muslim community in Austria”, he added.

According to Austrian Chancellor Sebastian Kurz while addressing a press conference, the government is moving to shut down a Turkish mosque and dissolving a group called the Arab Religious Community, which runs six mosques.

Culture Minister Gernot Blumel said the Turkish mosque was shut down because of suspected right-wing “extremism” and because the Austrian Islamic Faith Community had not licensed it.

Reports say Austria is home to an estimated 600,000 Muslims, mostly of Turkish origin who have already labeled the move as ‘anti-Islam’ and ‘racist.

US, Western allies in war of words after G7 fiasco

$2.5BN PROBE: Zuma claims he has no case to answer