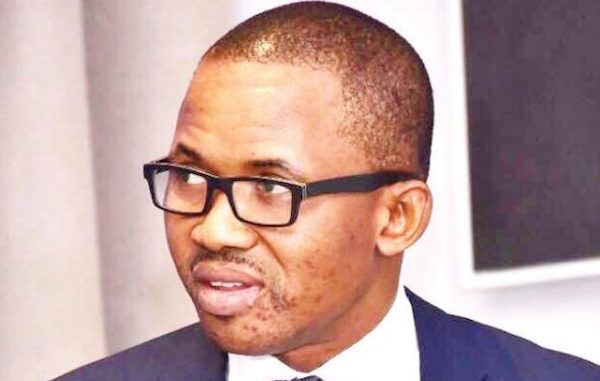 Human rights lawyer, Kayode Ajulo, has clarified that he was not stopped by Fulani herdsmen at a checkpoint in Ondo State.

He explained that he voluntarily interacted with two members of Miyetti Allah Cattle Breeders Vigilante group around Akoko on his way to Abuja.

Ajulo had earlier shared his encounter with some Fulani herdsmen being used as vigilantes, saying that they were already mounting highways with guns openly doing ‘security work’ and had direct phone lines with the neighboring police stations confirming they were legitimate.

In a statement issued on Monday in Abuja, Ajulo pushed back against insinuations that the Fulani vigilantes prevented him from moving, saying that two armed policemen were in his car when the vigilantes stopped him.

The lawyer said: “My attention has been drawn to the publication in print and electronic media of my encounter with some vigilantes on my way from Akure on the 21st July, 2019 which has generated a lot of controversial responses from different quarters.

“I have received calls from various well-wishers and friends of mine, locally and internationally, who out of concern, inquired whether I was hurt or injured by the vigilantes. It is pertinent to state that I am quite hale and hearty without any injury or harm.

“Moreso, it is important to state for the records the actual facts as regards the events that occurred that fateful Sunday afternoon of 21st July, 2019 in order to clarify the narrative trailing the publications.

“It is quite true that I was in Akure, Ondo State from Friday, 19th July, 2019 to Sunday, 22nd July, 2019 for my mother’s investiture as the Iya-Ijo (Chief Matron) of our home Church, Christ Anglican Church, Oke-Ifira-Akoko, Ondo State. On my way back to Abuja on the 22nd day of July, 2019 in the company of some security men, we saw two men at the highway around Akoko, Ondo State carrying dane guns.

“On sighting them, inquiry was made as to their duty on the highway with guns in their hands, being not uniformed men.

“They thereafter responded that they were members of the Miyetti Allah Cattle Breeders Vigilante group whose operation is known to all the security apparatus in the area.

“Also, they willingly showed us their identity cards which had their names and designations. Some other security men came to corroborate their claims.

“I therefore wish to debunk the account that I was stopped by Fulani Herdsmen as peddled by some persons.

“Our interaction is a voluntary undertaking as part of my profiling as a discerning leader of my community, desirous of curbing the menace of insecurity in Nigeria.”

Ajulo cautioned Nigerians against turning the insecurity in the country to political and ethnic sentiments,

He added: “In response to the controversial reactions on my encounter with these men, it suffices to state that we as Nigerians must sever political and ethnic sentiments from our minds in the bid to nip this ubiquitous insecurity in the land in the bud.

“In my comment on the gruesome killing of Pa. Fasoranti’s daughter, and a confidant, I categorically and unapologetically hinted that we should not see the killing as inter-ethnic attack as there are reported cases of massive killings in other parts of the Country.

“Recently, about 32 persons were killed in Sokoto State, several others killed in Kaduna, Benue, Niger, Zamfara and other States by some undisclosed bandits, who to me irrespective of their ethnic background are criminal and must be treated as such.

“The naked truth is that the insecurity in Nigeria is national which must not be ignored and we must join hands with our security agencies to fight the menace.

“Thus, we should not allow ethnicity and sentiment to becloud our sense of judgment and humanity in the war against insecurity. We are at a time in our nation that pretentious and sentimental interactions no longer works otherwise this bigotry may fan into flame the embers of civil war in this Country.

He said: “It will not be out of place to ask this poser: is it due to the lackadaisical attitude of the Law enforcement agencies and disregards for the inputs and indelible contributions of our leaders, the OPC and other local vigilante groups that these Miyette Allah groups are now manning our highways in the South West?

“This is the question that must be addressed by all stakeholders regardless of their ethnic, religious and political affiliations.

“As I thank all for their concern, may I conclude with the words of the legendry Late Justice Chukwudifu Oputa JSC (as he then was) that “when we act in unison, we will achieve the peace that we search, but when we are fighting separately, it is not coordinate and if we don’t accommodate one another, we cannot live together”.