Home » Latest » My objective is to win everything, says new Barca boss Setien 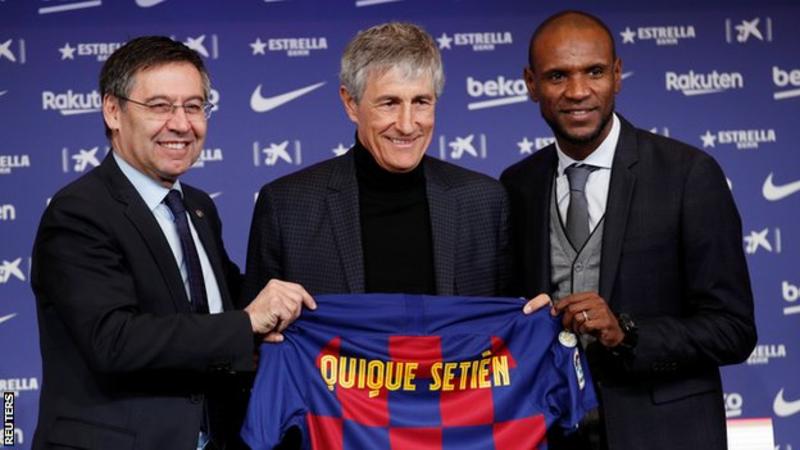 Newly appointed manager of Barcelona, Quique Setien has revealed his objective as he takes up the job at the Spanish champions.

61-year-old Setien, who was formerly at Real Betis, took over from Ernesto Valverde on Monday night and has already hit the ground running in training.

Barca are currently top of the La Liga and are still in the running for the Copa del Rey and also the UEFA Champions League.

In Setien’s first news conference on Tuesday, the Spaniard said his objective was to win everything with Barcelona.

“I want to thank this institution for giving me the chance,” he said.

“Not even in my wildest dreams could I have imagined this. I have to thank the club. I’m excited about this challenge and this project.

“I thank Ernesto Valverde for leaving me with a side that is top of the league,” he said.

“My objective is to win everything! Everything you can win, this club has no other path to follow,” he added.

Barcelona failed to reach the final of the Spanish Super Cup hosted in Saudi Arabia as they were knocked out in the semis by Atletico, who went on to lose in the final to Real Madrid.

Barca will host Granada on Sunday in La Liga.