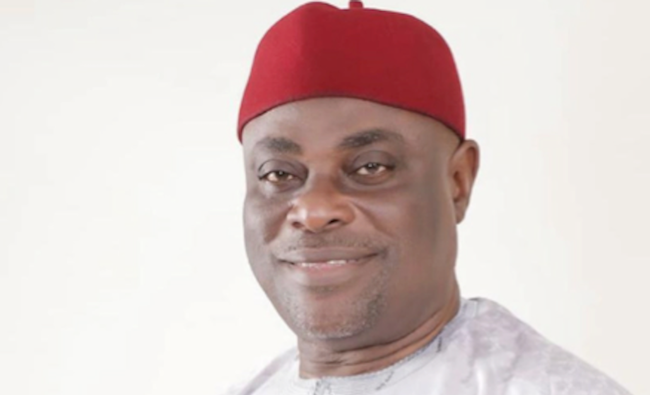 The National Chairman of the All Progressives Grand Alliance (APGA), Chief Victor Oye, on Tuesday evening described his suspension by a faction of the party as null and void.

A faction of the party had on Tuesday morning announced the sack of Oye and six other members of the party.

The development came just 24 hours after the party cleared the former Governor of the Central Bank, Prof. Chukwuma Soludo and three others, while disqualifying five other aspirants from the party’s governorship primaries slated for June 23.

The faction’s Publicity Secretary, Ikechukwu Chinyere, who disclosed this to journalists in Abuja, announced the appointment of Chief Jude Okeke as the party’s acting National Chairman.

The group also nullified the disqualification of the five governorship aspirants and extended the sales of nomination form till July 1.

Oye, who reacted to the development in a chat with journalists in Awka, said it had become a tradition in APGA that during each electioneering period, some people would attempt to steer trouble in the party for personal interests.

He reassured the APGA supporters that he remained the party’s national chairman and urged members to disregard the “inconsequential”
announcement.

The chairman said: “It’s what we see in every primary election, so am not perturbed. If this were in more civilised climes, these people will be arrested and jailed.