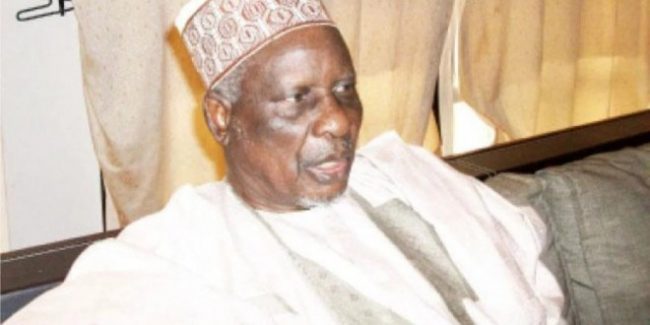 Elder statesman and top Northern politician, Alhaji Tanko Yakassai, has cried out over the detention of his first son, Salisu Yakasai, aka Dawusi, by the Directorate of State Services (DSS).

Dawusi was picked up following his criticism of President Muhammadu Buhari’s handling of insecurity situation in the country.

Dawusi was also sacked by Governor Abdullahi Ganduje of Kano State as his Special Adviser on Media shortly after the tweet where he also criticised the ruling All Progressives Congress (APC), of not doing enough to fight insecurity and terrorism in Nigeria, went viral.

Yakassai, in a statement on Sunday, said Dawusi who was arrested on Saturday by the DSS after he tweeted that Buhari should resign following the abduction of schoolgirls from the Government Girl’s Secondary School in Jangebe, in Zamfara State, has been denied access to his lawyer and family members.

Read also: Presidency won’t be handed to Igbos on a platter in 2023 —Yakassai

The elder statesman added that Dawusi’s lawyer and his younger brother had visited Abuja on Saturday and applied for permission at the DSS office to talk to him, but they were denied access.

In the statement, Yakassai said:

“They were advised to call on Sunday and we are still waiting for an update from the security operatives, who have yet to contact us.

“I appeal to the authorities to grant him (Salihu) access to his lawyer; he is protected by the constitution of the Federal Republic of Nigeria in freedom of expression.”