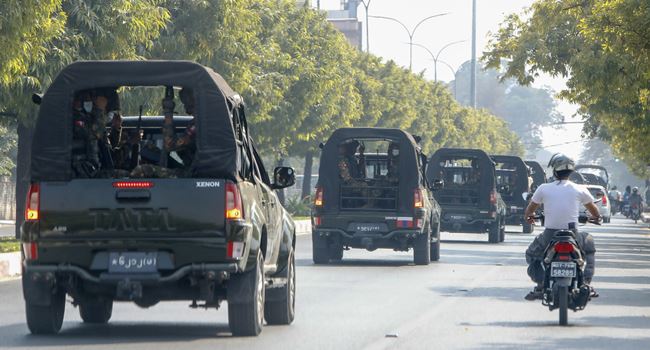 The military government of Myanmar which took over from the civilian-led government on Monday, in an apparent coup, has moved to block Facebook and other social media platforms, accusing people of using them to create instability.

The Ministry of Communications and Transport said the restrictions would remain in place until February 7.

“Currently the people who are troubling the country’s stability … are spreading fake news and misinformation and causing misunderstanding among people by using Facebook,” the ministry said in a letter.

However, critics see the move by the military as a plot to quell dissent after detaining the country’s elected leaders and seizing power in a coup that the United Nations chief said must fail.

The development comes days after the newly elected President of the United States of America, Joe Biden threatened to re-impose tough sanctions on Myanmar after its leader Aung San Suu Kyi, 75, President Win Myint and some other members of the National League of Democracy were arrested by security forces.

Biden who condemned the military’s takeover from the civilian-led government on Monday, called for a concerted international response to push the generals into relinquishing power.

He also described the detention of Aung San Suu Kyi and some other party members as “a direct assault on the country’s transition to democracy and the disrespect of the rule of law”.