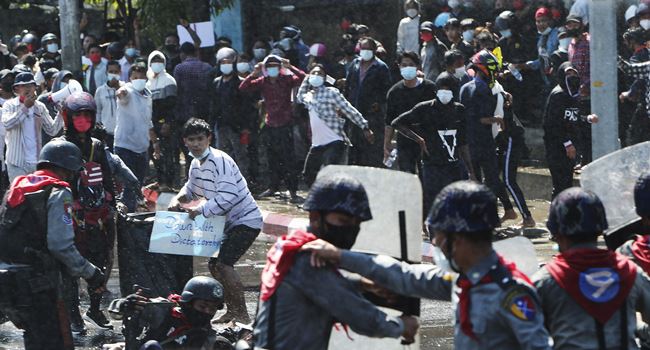 The military junta in Myanmar has moved to tighten its grip on the country after arresting one of the closest aides of deposed leader Aung San Suu Kyi during an overnight raid.

The arrest of Kyaw Tint Swe and four others was confirmed in a statement on Wednesday by the National League for Democracy (NLD) information committee member Dr Kyi Toe who said that they were all taken by security operatives from their homes.

“Kyaw Tint Swe was among four senior officials picked up on the night of February 10. Nyi Pu, the chief minister of Rakhine State, was also among those detained,” the Assistance Association for Political Prisoners (AAPP) also revealed in a statement issued yesterday.

In a related development, the US President Joe Biden has announced the first steps that America would take, with further details expected later in the week.

“The US government is taking steps to prevent the generals from improperly having access to the $1bn in Burmese government funds being held in the United States,” Biden said.

Myanmar was formerly known as Burma.