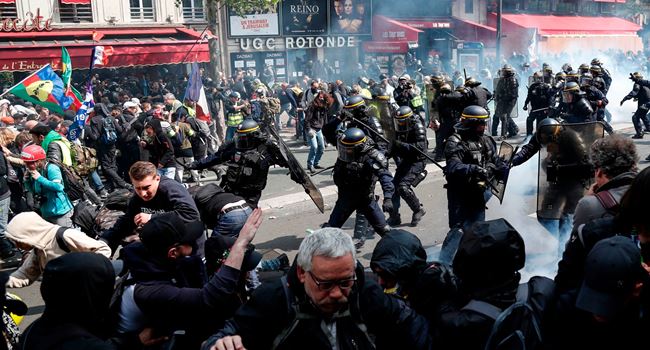 Scores of protesters in troubled Myanmar are moving to take away the coup leaders’ power by stopping all governance mechanisms from working amid a stiff crackdown by the military junta.

Reports say demonstrators on Friday defied beatings, arrests, water cannon, and even live ammunition fired by security operatives, in the hope that a “no recognition, no participation” approach can sustain pressure even if protests are stamped out with violence.

“The immediate aim is to take away the military’s power by stopping all of its governance mechanisms from working,” said Thinzar Shunlei Yi, who like many activists is now in hiding to avoid arrest.

“It will disable the military’s ability to rule,” Yi added.

“Those who are away from their duties are requested to return to their duties immediately for the interests of the country and people,” he said.

The development came after the President of the United States of America; Joe Biden slammed economic sanctions on Myanmar’s military junta following a coup that led to the ousting of de facto leader Aung San Suu Kyi.