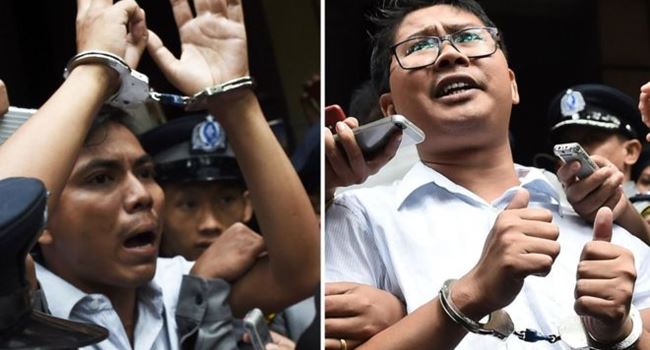 The supreme court in Myanmar has rejected the appeal of two reporters sentenced to seven years in prison for breaking the Official Secrets Act, in a revolutionary case that has raised questions about the country’s transition to democracy.

Aljazeera gathered that Wa Lone, 33, and Kyaw Soe Oo, 29, have spent more than 16 months in detention since they were arrested in December 2017 while working on an investigation into the killing of 10 Rohingya Muslim men and boys.

“They were sentenced for seven years and this decision stands, and the appeal is rejected,” Supreme Court Justice Soe Naing told the court in the capital, Naypyitaw, on Tuesday.

The investigation that the journalists were working on, which exposed security forces’ involvement in murders, arson and plundering, was completed by colleagues and published in 2018.

“Journalists have got the message that they should avoid these kinds of issues,” Myint Kyaw, secretary of the Myanmar Journalists Network, told Al Jazeera.