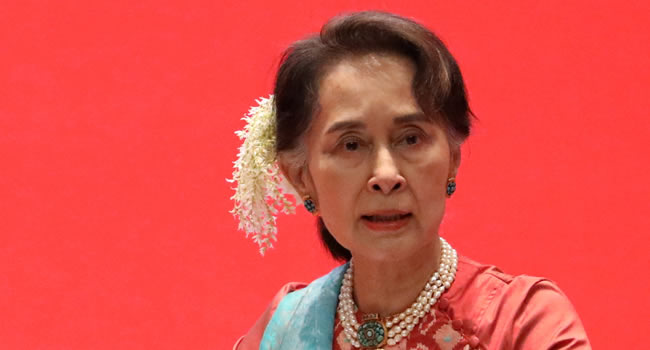 Myanmar’s civilian leader, Aung San Suu Kyi, who was overthrown in a military coup on February 1, has attended a court hearing on Monday, her first appearance in person since the military seized power.

Suu Kyi, who has been detained since the coup, held a face-to-face meeting with her legal team for about 30 minutes before the hearing in the capital, Naypyidaw, her lawyer Khin Maung Zaw said.

“We discussed the cases (and) what line of defense we should take,” Khin Maung Zaw said.

Prior to the hearing, Suu Kyi had only been permitted to speak with lawyers via a video link in the presence of security personnel.

She faces a range of charges, which include illegally possessing walkie-talkie radios to violating the official secrets act, the most serious charge which carries a potential prison sentence of up to 14 years.

The ousted civilian leader, whose National League for Democracy (NLD) party won a landslide in November 2020 elections, has not been seen in public since her detention.

According to Khin Maung Zaw, Suu Kyi had complained that 30 minutes was not sufficient to discuss all the cases against her, and urged her legal team to ask the judge to permit another meeting.

Last week, Myanmar’s junta-appointed election commission said it would dissolve the NLD because of what it claims was election fraud.

The military overthrew the NLD government alleging mass voter fraud, which led to massive protests in the country with hundreds of protesters killed by the military.