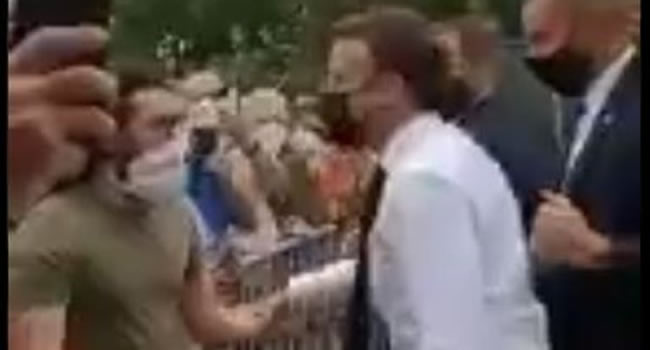 The French President, Emmanuel Macron, was slapped in the face by a mysterious man during a walkabout session.

The embarrassing video surfaced online during the President’s visit to the Drome region in South-East France on Tuesday.

In the viral video, a man wearing a green T-shirt, with glasses and a nose mask; shouted a word in French before whipping the French leader on the face.

Further investigation was carried out and the words from the man read: “A Bas La Macronie” which means “Down with Macronia.”