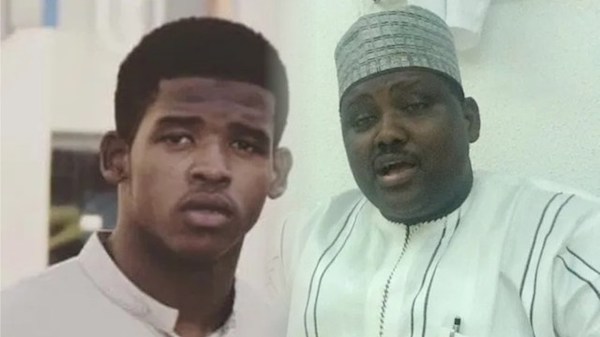 Justice Okon Abang of the Federal High Court, Abuja, has dismissed an application filed by Faisal Maina to be relocated from the custody of the Nigeria Police Special Tactical Squad to the Nigerian Correctional Service facility.

Faisal and his father, Abdulrasheed, the former Pension Reform Task Team chairman are being prosecuted by the Economic and Financial Crimes Commission on 12 counts bordering on operating fictitious bank accounts, money laundering, and fraud to the tune of N2.1billion.

While his father was remanded in the NCS facility in Kuje, Abuja, Faisal was kept in the custody of the police in Asokoro.

At the resumed hearing of the case on Wednesday, his lawyer, Francis Oronsaye prayed the court to move his client to Kuje prison in Abuja, where his father, who is also on trial before the same court, was being held.

Oronsaye had complained that his client had been repeatedly denied access to his lawyer.

He, therefore, requested the transfer of the defendant to the correctional centre, arguing that access to his client would enable Faisal to prepare for his defence.

A statement issued by EFCC spokesman, Wilson Uwujaren, said the lawyer urged the court to adjourn the hearing on the bail application to a later date when the defence team would have had access to Faisal.

But the prosecution, M. Abubakar, reminded the court that after the arraignment of the defendant on October 25, 2019, the court had adjourned the matter till November 6 for trial.

He also noted that it was on October 30 that the issue of the bail application came up, noting that the matter was further adjourned at the instance of the prosecution to enable it to file a counter-motion.

“It is our submission that adjournment till November 6 has not been vacated. The learned counsel should allow us to call our witness,” Abubakar said.

Justice Abang in his ruling held that there was no proof before the court that the police denied the defence counsel access to the defendant, stating that what counsel said amounted to ”hearsay witnessing.”

He declared that “the application to transfer the defendant to any other place other than the Nigeria Police Special Tactical Squad, Asokoro, is hereby refused.”