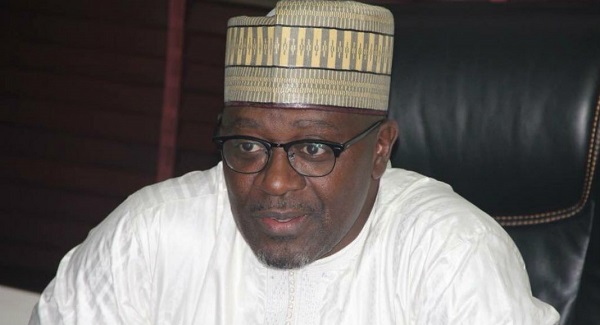 Director-General of the National Broadcasting Commission (NBC), Modibbo Kawu, who is facing a 12-count criminal charge, was on Thursday granted bail.

An Abuja Division of the Federal High Court granted bail to Kawu and three others including Dipo Onifade, and Lucky Omoluwa, who is the Chairman of Pinnacle Communications Limited.

They were charged for allegedly misappropriating N2.5 billion seed grant for Digital Switch-Over (DSO) programme of the federal government.

The Independent Corrupt Practices and Other Related Offences Commission (ICPC) leveled a 12-count charge bordering on abuse of office, money laundering and misleading a public officer with the intent to defraud the federal government.

Kawu and his co-defendants through their counsel, pleaded not guilty to all the charges and applied for bail.

Count one of the charges reads: That you, IS’HAQ MODIBBO KAWU (m), SIR LUCKY OMOlUWA and DIPO ONIFADE (m) sometime between December 2016 and May 2017, in Abuja, within the jurisdiction of this Honorable Court, conspired with each other to use the position of IS’HAQ MODIBBO KAWU, as Director General of the National Broadcasting Commission to confer corrupt advantage on SIR LUCKY OMOLUWA, your friend and associate by recommending to the Hon Minister of Information to approve payment of the sum of N25 Billion to PINNACLE COMMUNICATIONS ND, 0 private company owned by’SlR lUCKY OMOLUWA as “Seed Grant” under the Digital Switch-Over Programme of the Federal Government of Nigeria when you knew that the sand company was not entitled to receive such grant and you thereby committed on offence contrary to Section 26 ( l )(c) and punishable under Section 19 of the Corrupt Practices and Other Related Offences Act, 2000.

Ruling on the bail application on Thursday, the judge, Folashade Giwa, said the crime for which the defendants were charged “is bailable.”

As part of the bail conditions, the judge ordered that the defendants pay N100 million each with two sureties in like sum.

“One of the sureties must be a landed property owner in Abuja, FCT.

“The other sureties shall be on grade 17 and above in the services of the Federal Government of Nigeria in FCT, Abuja.

“They should drop in court evidence of tax payment in the last three years.

Giwa added that the prosecution shall file the addresses of the defendants, applicant and their sureties within five working days.

“The defendants are to deposit their passport photographs in court and inform the court of their contact telephone numbers.

“They are to deposit their International passport with the Deputy Chief Registrar of litigation of the court.

“The defendants are not to travel out of Nigeria without the order of the court.

“The defendants are given ten working days from the date of this ruling within which to comply to the bail conditions.

“The defendants are to remain with the Independent Corrupt Practices and Other Related Offences until their bail terms and conditions are met.

“In event that any of the defendants did not meet this conditions within the window of 10 working days from today, they shall be taken into the custody of Independent Corrupt Practices and Other Related Offences and be remanded in prison pending when their bail conditions are met,” she ruled.