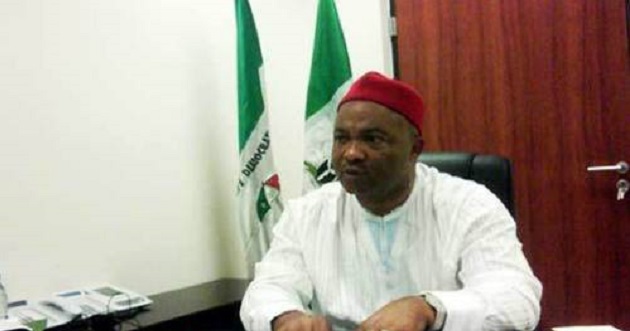 A Kubwa Grade 1 Area Court, Abuja has ordered a public summon to be published against Senator Hope Uzodinma over alleged issuance of N200 million dud cheque.

The senator, who represents Imo West at the Senate along Smiec Engineering and Chemical Construction Company; Niger Global Engineering and Technical Company, are being prosecuted for allegedly issuing the dud cheque to Chitex Ventures and Chima Akuzie.

Counsel to the plaintiffs, Oluwatosin Ojaomo, had filed a motion, pursuant to the provisions of Sections 41 and 42 of the Administration of Criminal Justice Act (ACJA), and prayed the court to order public summon against the defendants.

He argued that the motion became necessary as the defendants appeared to be running away from justice after they were served a warrant of arrest on September 18.

He explained to the court that the joint warrant of arrest issued against the defendants was duly served on the Inspector-General of Police (IGP) for the execution of their arrests.

Tendering an acknowledgement copy of a letter from the police, Ojaomo told the court that the senator and his co defendants had continued to feign ignorance of the existence of the suit.

Consequently, the trial judge, Abdulwahab Mohammed, granted his prayer and ordered a public summon against the defendants.

Uzodinma had denied that any warrant of arrest was issued against him, claiming that there is an interim order by a court of competent jurisdiction for a stay of proceedings in the matter.

But Ojaomo, had told the court on Tuesday that the validity of the interim order granted by Maitama High Court to stay the proceedings of the criminal complaint against the defendants had elapsed on September 24, adding that the defendants had no justifiable reason to stay away from the court.

Mr. Ojaomo said the defendants had also filed a motion of judicial review in the Maitama High Court against the complainants, the trial judge, and himself,” showing their knowledge of the suit brought against them”.