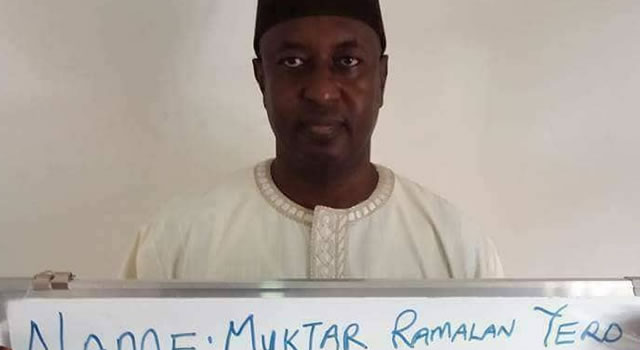 A Kano State Federal High Court on Wednesday considered the bail application of the immediate past governor of Kaduna State, Ramalan Yero, who was remanded in prison custody on May 30, by the court.

Ruling on the ex-governor’s bail application, the court granted him bail along with three other persons, namely a former minister, Nuhu Wya, erstwhile PDP chairman in the state, Abubakar Gaya-Haruna, and former secretary to the state government, Hamza Ishaq.

The Economic and Financial Crimes Commission (EFCC) is prosecution the four on four-count charges of allegedly laundering of over N700 million in 2015.

The four defendants had when they were arraigned in court on May 30 pleaded not guilty to the charges leveled against them. However, the court had kept them in prison and slated Wednesday to look into their bail applications.

When the matter came up, the defendants’ lawyer, Yunus Ustaz, prayed the court to grant his clients bail, assuring that they would not frustrate the trial.

He had said, “The defendants were early in 2016 invited by EFCC and at no time were they found wanting when they were granted administrative bail as they did not default.

“If granted bail, the defendants would not jump bail nor commit any offence and would not tamper with EFCC investigation.”

His prayer was opposed by the prosecution counsel, Joshua Saidi, who argued that the defendants may use their influence to tamper with the investigation and prayed the court to have them remain in prison custody.

But in his ruling, after listening to the arguments of the opposing counsels, Justice Mohammed Shua’ibu granted the defendants bail in the sum of N1 million each with two reliable sureties each in like sum.

According to the trial judge, the sureties should have landed property within the jurisdiction of the court. He further held that all the defendants should surrender their International passports to the Registrar of the court.

Consequently, the matter was adjourned till September 26, for hearing.

This came just as the former governor had threatened to drag the EFCC to court for releasing his mugshot on social media.