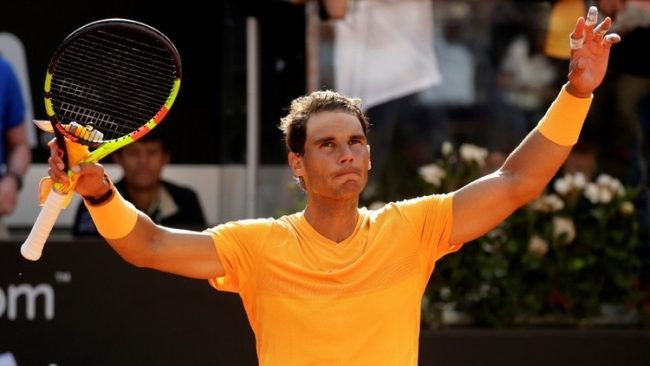 Rafael Nadal wrapped up another excellent outing in Rome with a victory over Novak Djokovic in the final of the Italian Open.

Nadal clinched a 7-5 1-6 6-3 victory over world number one Djokovic in the final on Sunday to secure a 10th title in Rome.

The match was their 57th meeting and world number three Nadal still trails Djokovic 28-29 in their head-to-head wins tally.

Nadal, 34, will also be defending his French Open title when the tournament at Roland Garros starts on 30 May.

Also on Sunday in the men’s doubles final, Joe Salisbury and partner Rajiv Ram lost out to the pair of Nikola Mektic and Mate Pavic.

Salisbury and Ram, who were beaten finalists at the Australian Open in February, were beaten 6-4 7-6 (7-4) in one hour and 24 minutes.