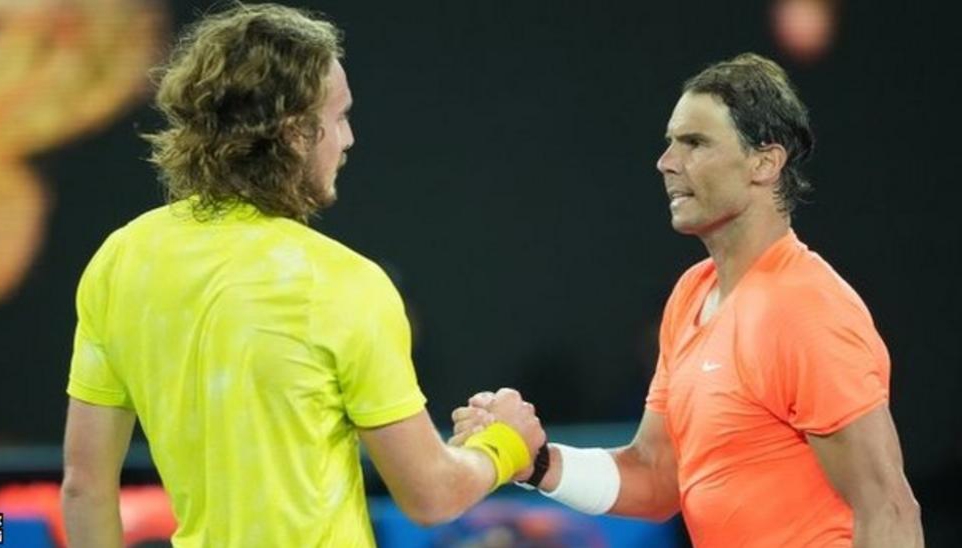 Rafael Nadal was knocked out of the Australian Open after he lost a thrilling quarterfinal clash to Stefanos Tsitsipas on Wednesday.

Tsitsipas will face Russia’s Daniil Medvedev in Friday’s semi-final, while Nadal’s bid to win a 21st Grand Slam title has been delayed.

The second seed said he couldn’t find a lot of excuses after the defeat, but saluted his opponent, who came from two sets down to pull off an incredible comeback.

“Stefanos played better than me probably in important moments. It was an equal match,” said Nadal.

Read Also: Djokovic fights back to beat Zverev, through to Australian Open semis

“I can’t find a lot of excuses or reasons.

“It was a little bit of everything. I missed a couple of balls in the tie-break that I could not miss if I want to win. And that’s it.

“I should be ready to play four hours. I think my physical shape holds up quite well.

“But it is true that I probably needed a little bit more time because I was in great shape and for 20 days I was not able to practise the way that I expected, not able to play one single match in ATP Cup,” he added.

Nadal’s only triumph in Melbourne came in 2009, and only once had he previously lost a Grand Slam match after winning the first two sets.